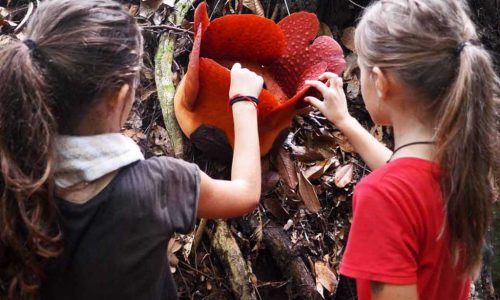 A Rafflesia in the heart of Borneo

OAWK » Uncategorized » A Rafflesia in the heart of Borneo

Ever since I first read Redmond O’Hanlon’s hilarious Into the Heart of Borneo, I’ve wanted to visit this fabled island, which has become something of a byword for remote jungles filled with unusual wildlife, including the foul-smelling giant Rafflesia. I never imagined that I would finally get to do so when I was in my 40s with two children in tow.

Given this last fact, we chose to dip our toes in the water so to speak – no O’Hanlon-style intrepid expeditions for us. I had discovered that in Sarawak, the more southerly part of Malaysian Borneo, there are three national parks in relatively close proximity to the state capital, Kuching – Bako, Kubah and Guning Gading – each quite different, each offering a different collection of plants, animals and landforms. 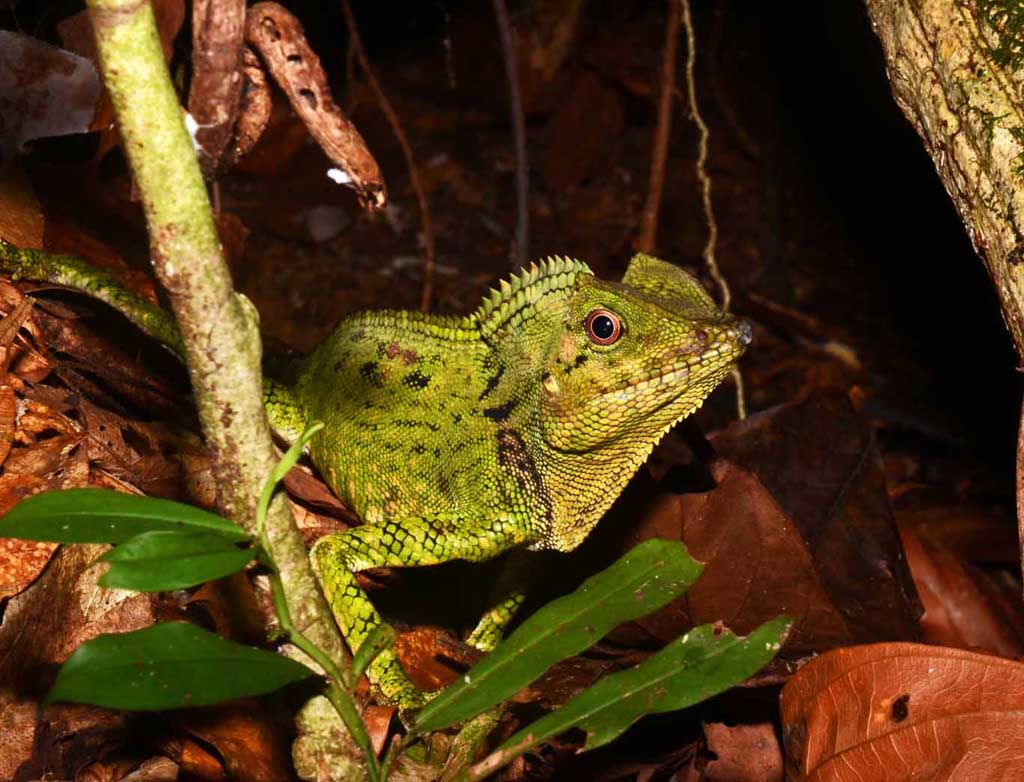 We visited Gunung Gading last, hiring a taxi for the slightly more than an hour’s journey to the park. When we got there, we checked in and got the exciting news that there was a Rafflesia in flower next to the path that ran up the mountain behind the park headquarters.

A parasite that grows on lianas, there are more than 20 species of Rafflesia and they all produce very large, foul-smelling flowers – in some cases, the world’s largest. There’s no set season for flowering, so although we knew that Gunung Gading was a very good place to see them, we had no idea whether any would be in flower during our visit. 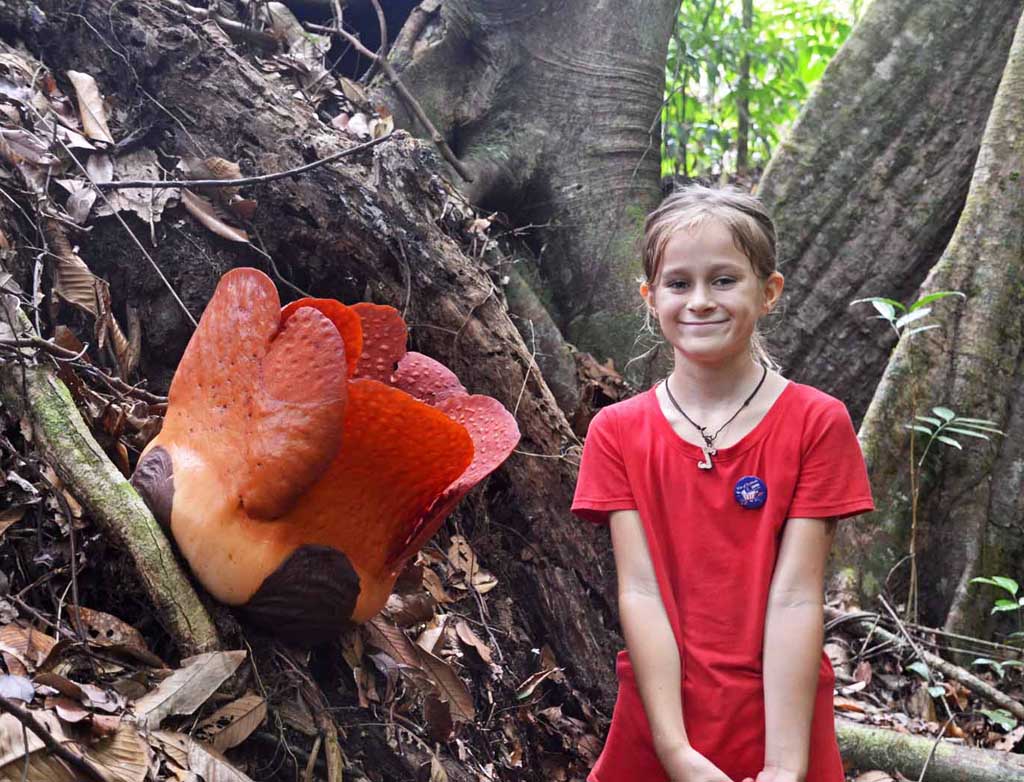 Our accommodation was a large ‘chalet’ – a three-bedroom wooden building with a kitchen, two bathrooms (with cold showers), and a big communal living area with sofas, an eight-seater dining table and very high ceilings. We put the girls in the only room with air conditioning and Kate and I took a room each.

We spent our first day in the park exploring the jungle near the chalet, swimming in rainforest streams and spotting lots of different types of frog and reptile, including a beautiful little green viper. The next morning, we set off up the main track up the mountain. It was hard going – the path was steep and the day was warm and humid – but we saw several interesting lizards along the way. All the while we were on the lookout for the Rafflesia flower that we had heard about the previous day. 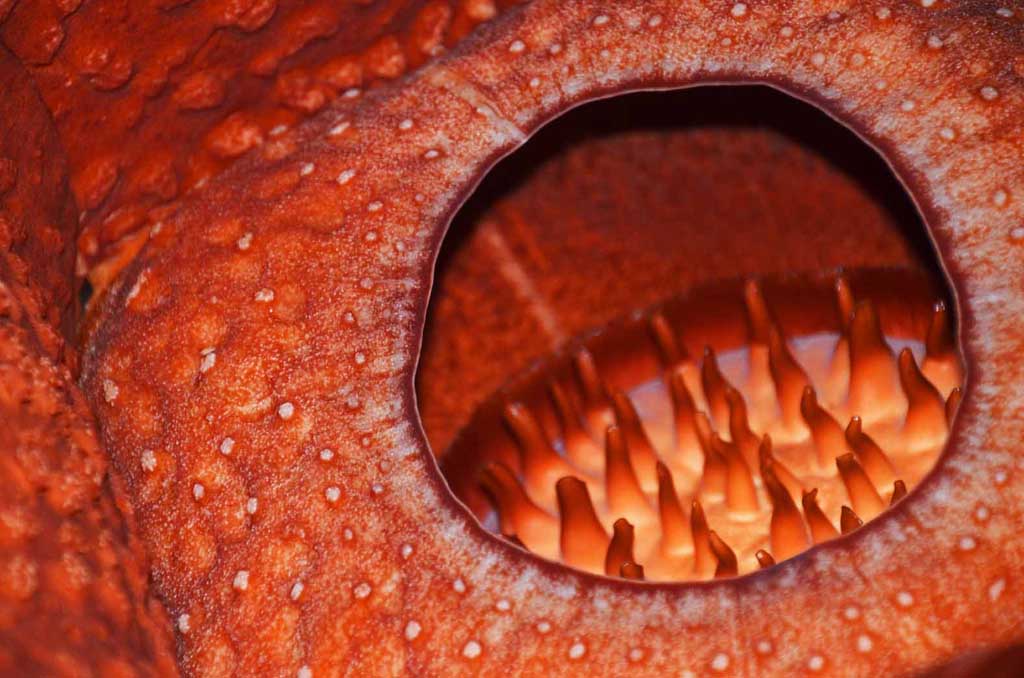 As we approached our final destination – Waterfall 7 – I spotted a gecko on a large rock beside the path and called the others over to have a look. As the girls and I watched the little lizard, Kate suddenly called out, “There it is.” And sure enough, on the other side of the path atop a large rock was the Rafflesia flower. Deep orange-red, fleshy, about 30 centimetres across, it hadn’t quite unfurled completely yet but was still extremely impressive. Not far away we also spotted a Rafflesia bud on a liana. 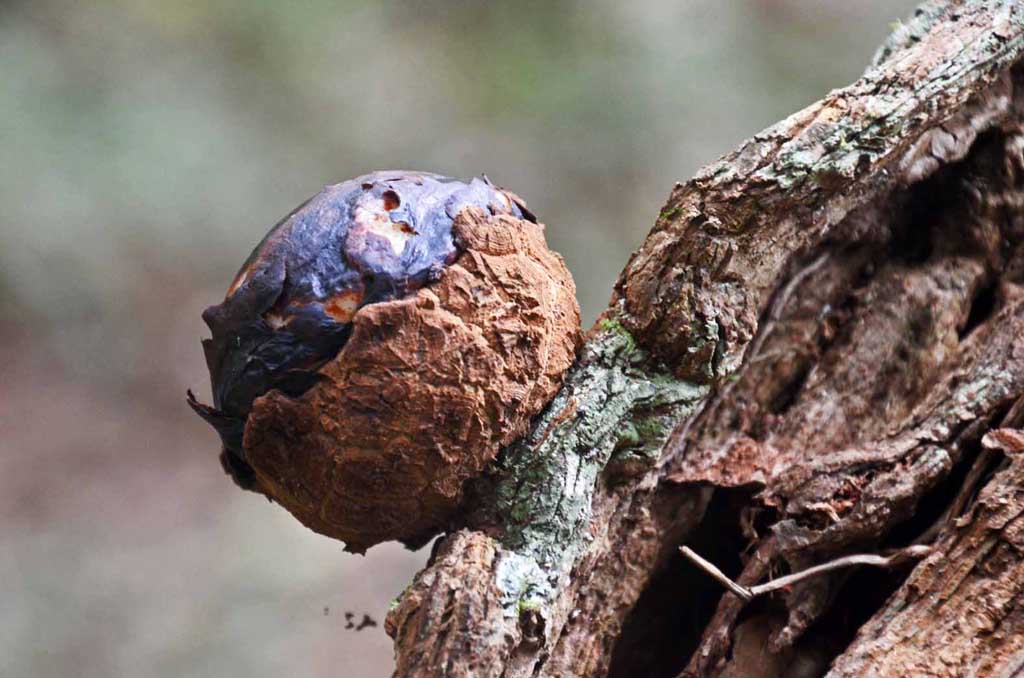 When we reached the waterfall, we all stripped off and went for a swim (and Zoe was visited by a large butterfly), before making some sandwiches for lunch. After we had finished eating, we were joined by six local women who had come up from the nearby town to see the Rafflesia flower.

Then we packed up and made the long walk back down to the chalet, arriving just before a storm broke, complete with lightning, thunder and sheeting rain, a fittingly dramatic end to a momentous day’s journey to see a true botanical marvel. 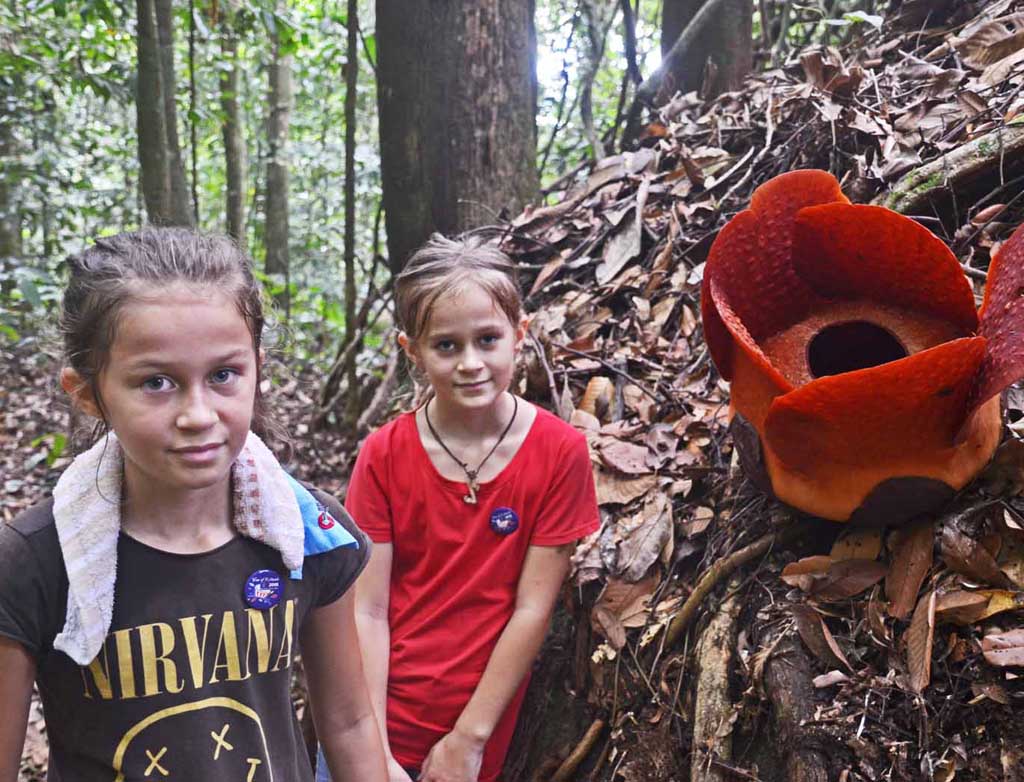 The 5 best family adventures in Brisbane