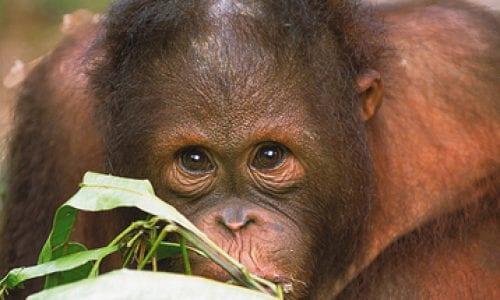 Borneo may still seem to be the exotic domain of safari-suited adventure travellers but Deborah Dickson-Smith finds that it is, in reality, a spectacular melting pot of friendly people, amazing wildlife, wild adventure, and a picture perfect paradise for families.

Borneo was a country I’d read about as a kid as one of the last truly wild frontiers. A land of dense jungle, uncharted territory and head hunters, it’s a country I’ve been intrigued about ever since, for its rich history as a remote British colony and its unique wildlife.

Of course, it hasn’t been known as British North Borneo for a long time. And while heads are still known to adorn the homes of some tribal chiefs, the tradition of head hunting stopped long ago.

Malaysian Sabah is now more famous for its population of orang-utans and proboscis monkeys and a blossoming eco and adventure tourism industry. Visitors come here for three reasons: for amazing wildlife encounters, sensational diving or to climb Sabah’s most famous landmark, the awesome Mount Kinabalu.

While heads are still known to adorn the homes of some tribal chiefs, the tradition of head hunting stopped long ago.

But it’s to Sandakan we’re heading on this occasion, on the north east coast of this island paradise, and I’m wracking my brain as we fly in as to “why the name rings a bell?”

In its heyday, the then capital of the bustling British colony was known as Little Hong Kong but – and this was what had those bells ringing – it’s better known as the starting point of the Death March during the Second World War and where 2700 Anzac and British soldiers died during Japanese occupation. In fact, the airstrip we land on was built by them, but as Sandakan was almost completely destroyed during the war there are few other surviving sites.

We’re greeted at the airport by our gorgeous guide for the week, Jame. Like most of the people we meet here during our stay, he’s cheerful (cheeky even) and really friendly. We’re woken bright and early by Jame on day two for our first wildlife encounter and Borneo’s biggest attraction, the fascinating orang-utan, at Sepilok Orang-utan Sanctuary.

People travel thousands of kilometres across the globe to get up close and personal with the flaming hair and soulful gaze of the endangered ‘wild man of Borneo’ in his natural surrounds.

The main threat these animals face is loss of habitat and, as more and more trees are felled to be replaced by palm oil plantations, hundreds of young orang-utans are orphaned and this reserve is purpose-built for the ongoing rehabilitation of baby orang-utans.