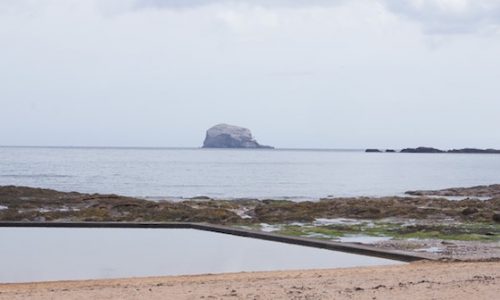 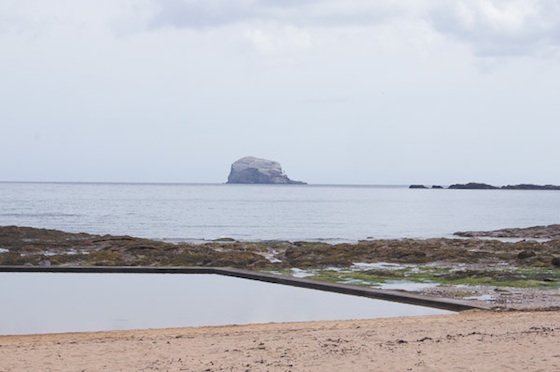 Scotland’s landscape and wildlife are huge attractions for visitors and here’s one destination that is terrific for all the family.

Why do seabirds love Scotland so much? Well the coastline of Scotland is more than 10,000km long – as far as from Scotland to Hong Kong.

The Scottish Seabird Centre is beside the ancient harbour at North Berwick, a pretty 30 minute drive or train trip from Edinburgh through the rural landscape of East Lothian – a simple day trip if you’re staying in Edinburgh. 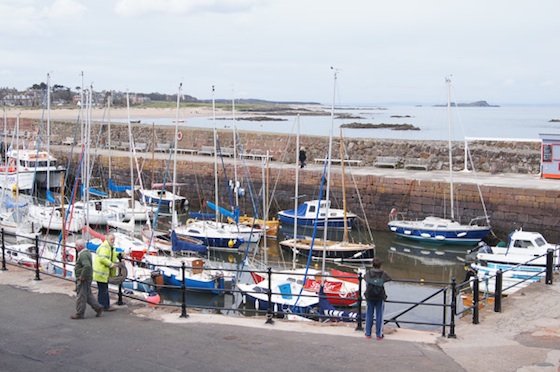 It’s fun, educational and great value. I went with my daughter aged six and son aged 13 and they both got a lot out of it. Younger children will also enjoy the soft play area and will love the saltwater aquariums.

Watch the birds in their island colonies on giant screens

The award-winning Discovery Centre’s main feature for us was the cameras placed within seabird colonies on the islands off the coast. The camera images are shown on eight giant screens and you can move the cameras on the island using the controls at the Seabird Centre. 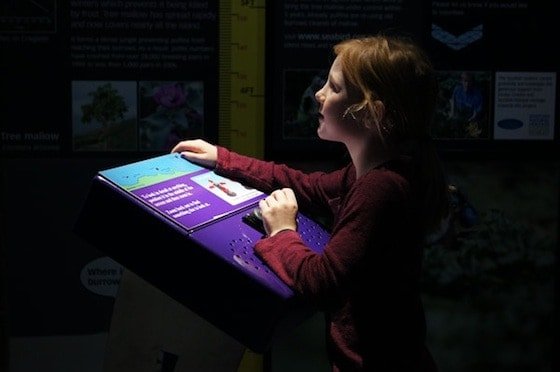 The islands that attract so many seabirds are Fidra, Craigleith, the Bass Rock and the Isle of May. These are all in the Firth of Forth.

The most famous of the islands here is the Bass Rock. A large scale model of the Bass Rock is fascinating, as is its history. Over 100,000 gannets migrate to the Rock each year to nest, making it the largest island gannet colony in the world. 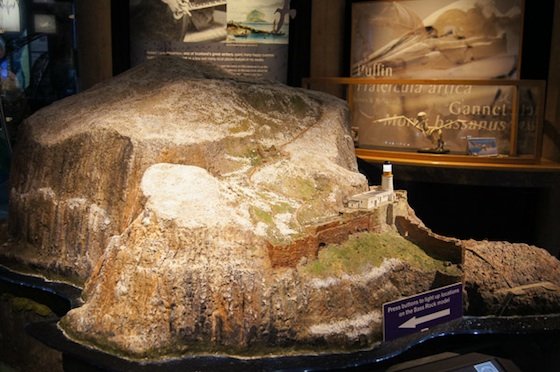 The gannet is Britain’s largest seabird with a wing span of more than two metres and they can live for up to 40 years. Their dense nesting sites and aggressive behaviour means there’s always something interesting to see on the giant screens. 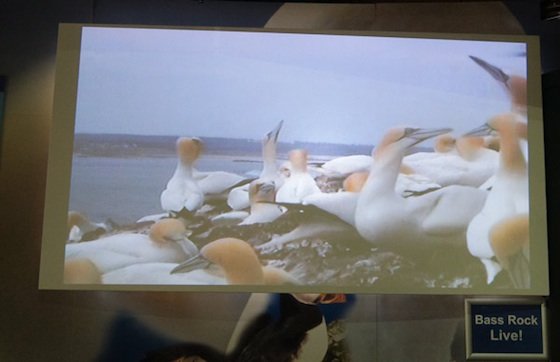 Our favourite Scottish seabird, however, is the small, colourful puffin. We were thrilled to be able to move the cameras around and watch these beautiful clown-like creatures in close up on the big screens. 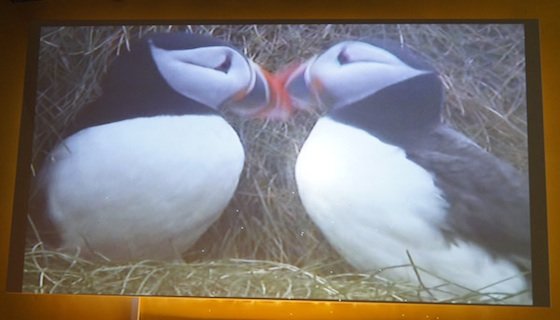 A theatre shows fascinating short wildlife documentaries, you can go outside to the Scope Deck to use telescopes and binoculars and there are boat trips organised in the warmer seasons.

We had lunch in the Seabird Café – haggis for me – and then spent some time in the excellent gift shop. A walk along the beach and a stop at the old harbour which has been there since at least the 1100s and the day trip is complete.

Seana Smith is a Scottish-born, Sydney-based writer of books and articles. Her blog Sydney Kids Food + Travel shows the best of Sydney for families, plus family holiday travel ideas from around the world.