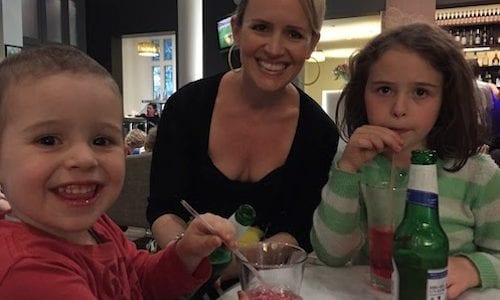 The fun of a holiday in your home town!

OAWK » Uncategorized » The fun of a holiday in your home town!

My wife Louisa and I took our kids, Will (aged 3) & Ava (aged 7 going on 17!) on a little vacation last weekend. Actually, it was a #novotelstaycation, as the friendly people at Novotel like to call it. This weekend treat was tied into a screening of the movie Planes: Fire & Rescue.

We stayed at the very central Novotel Sydney Central (well-named!) where we had an action-packed weekend that included the movie screening and access to a couple of Sydney’s wonderful attractions.

The kids were thrilled when we arrived at the hotel to find a fantastic play castle in our room!

The hotel was so central for everything we wanted to do over the weekend. First off was a visit to the cinemas on George Street for the screening of Planes: Fire & Rescue, which Will had been anxiously waiting two weeks to see! So much so that he sounded like a broken record every time the movie trailer came on the TV, “Look Dad! We’re going to see that at the big screen.” I really should have recorded my response … “Yes son, yes we are…”

The sequel to Planes was great. Thankfully, as with a lot of kids movies and shows these days, there are just as many laughs for the adults as there are for kids. Ava and Will managed to stuff themselves silly with popcorn and the like, which is half the fun of the movies, right?

After stopping for Japanese udon soup near the cinemas, we walked up the road to Sydney Tower Eye and Skywalk. While Ava had been a few years ago, Will was yet to experience these heights (other than from an plane) so we were interested to see how he handled it.

Sydney Tower has a new 4D cinema on entry – it’s ultimately a 3D cinema with the additional ‘D’ being from real-world influences. For example, the short movie we watched was following a parrot flying around Sydney, over buildings, through parks and following boats sailing through the harbour, and at this stage the extra ‘D’ was a fine mist of water being sprayed over you to totally immerse you in the experience. This was lots of fun, however it upset Will being rained on in the dark (and inside!), so I took him outside while we waited for the girls to finish.

What a stunning day Sydney put on for us to go up the tower! We could see out to the mountains and a long way south and north as well. Will had no trouble with the height and had fun searching for our house.

When we arrived back to the hotel, the kids thought it was Christmas as there were some goodie bags waiting for them in the room with some fun games – and Will loved the puzzle board. It kept him quiet for at least 30 minutes – which is good for him!

After trying to drag the kids away from the castle and the cool games we headed downstairs for dinner. We started with a pre-dinner drink at the bar and then had a delicious dinner at the hotel’s Field House Restaurant & Bar, where we had a great antipasto plate to start. I was very happy to see that they used grass-fed ethical beef from Cape Grim for their steak – which was cooked to perfection.

We met a couple of lovely families who were also there for a fun weekend with their kids, so while our kids were playing around with the other kids all the adults got to relax.

The next day we got up early and headed down to breakfast, which was included in the package. Ava was very happy, as she loves a buffet… and did her best to eat her way through the many delicious options available. Will just isn’t himself until he’s had his first cup of coffee, otherwise known as hot chocolate.

After breakfast we headed off the SEA LIFE Sydney Aquarium and Will loved the sharks! He was scared and excited each time they came around. The dugongs were so cute they were a hit with both the kids.

The Aquarium also had a fantastic interactive installation where the kids (and big kids) got to colour in their own fish and other sea creatures, then they were scanned and projected up onto the wall for everyone to see! One of our favourite sections of the aquarium is near the end with the massive glass wall, where you can just stand and marvel at the variety of sea life.

We were all totally exhausted after this fun and busy weekend and thoroughly enjoyed ourselves!

A couple of tips about the family bookings at the Novotel hotels: firstly, you can get a second room for half price but be sure to check if the hotel where you’re staying has interconnecting rooms. Unfortunately the Novotel Sydney Central didn’t, so we decided to all bunk in together (as our kids are too young to be left alone). This wasn’t a problem as the kids went to bed a little later than usual and we went to be early as we were completely exhausted!

Also, all Novotel hotels in Australia offer a late checkout of 5pm, which meant for a full day of exploring the city and Darling Harbour and allowed us to make the most of our ‘staycation’ in our own city.

Tim lives in Sydney with his wife Louisa and their kids, Ava (7) and Will (3). His family are always on the search for a great feed – whenever they aren’t cooking at home! They love to get out and explore everything local, national and international.