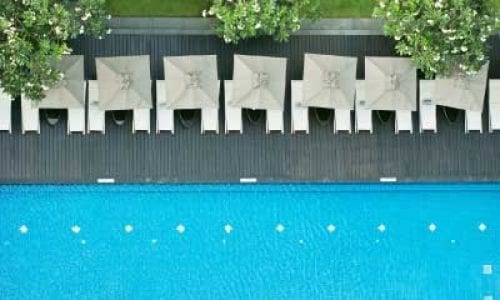 Where to head if you want to holiday like the stars! 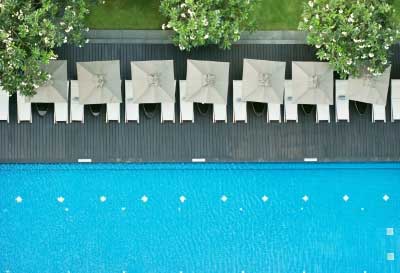 Life is tough for modern celebrities – even they need a break sometimes too! But where do stars go for a little luxury R&R? We’ve rounded up the A-list of getaway destinations for famous families – from tropical Caribbean hideaways to chic French resorts. So if you’re searching for a bit of sun, sea and celeb-spotting read on…

Fiji’s Turtle Island is a paradise for celebrities seeking the quiet life – guests can reserve one of the island’s 14 private beaches. A perfect escape from the paparazzi, there are 100 staff to wait on the 28 guests in an idyllic setting, it was used as a set for the Blue Lagoon movies. Though the resort now caters to couples exclusively there are occasional designated ‘family weeks’ each year.

Cabo San Lucas in Mexico has lots of super swanky places to stay. Most celebs rent private villas in the area or choose to be pampered in one of three luxury resorts overlooking the Sea of Cortez. Heidi Klum and Seal and their four kids celebrated their anniversary and Mother’s Day in a ceremony here and Jessica Alba and Cash Warren with daughter Honor were recently snapped holidaying there.

Johnny Depp and wife Vanessa Paradis have taken holiday destinations to a whole new level by buying their own. The couple are the proud owners of the very private 45 acre Little Hall’s Pond Cay about 60 miles south of Nassau in the Bahamas of which Depp has “I don’t think I’d ever seen any place so pure and beautiful. It’s instant freedom.” The guarded island is not accessible to the public so “Captain Jack” can swashbuckle full-time in total privacy.

Spotted: Orlanda Bloom is rumoured to have tied the knot with Miranda Kerr on co-star Johnny’s island.

Catch a glimpse of Hollywood families on their own turf. Skiing holidays give celebrity families the chance to entertain the kids, exercise and look cool at the same time and the ski resort towns of Sun Valley, Idaho and Aspen, Colorado are a family hot spot for A-listers like Demi Moore. Malibu in Southern California plays host to scores of movie and music stars, while Disneyland in California is a popular choice for glamorous families.

Spotted: Gwen Stefani, Gavin Rossdale, Halle Berry, Salma Hayek, Ashlee Simpson, Pete Wentz and J.Lo are just a few of the stars to have been recently sighted enjoying the Happiest Place on Earth with their little ones.

Encircled by coral reefs this world class private retreat is an island paradise owned by Richard Branson and accommodates just 26 people with 10 rooms in the Great House including the Master Suites with private jacuzzis and terraces, plus three authentic one-bedroom Balinese houses. A holiday here is a snip at just $30,000 – $40,000 a night, for the whole island.

Spotted: Robert De Niro, Stephen Spielberg, Harrison Ford, Pamela Anderson and their families and even the late Princess Diana have been guests at this legendary island.