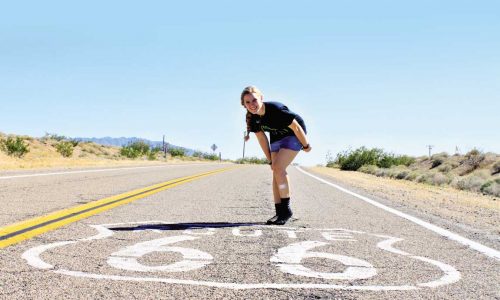 With her kids all grown up, CATHERINE MARSHALL reflects on how road trips across the Nullarbor Plain and Route 66 set them on their own paths to adventure

After 700 kilometres my 12-year-old daughter finally pulls the plug. “I want to be left alone with my thoughts,” she says, turning her face to the window and watching the rusted landscape glide by. Her two younger siblings shift in their seats. No more ‘I spy with my little eye’; no more counting and cataloguing roadkill (“kangaroo, kangaroo, kangaroo – oh, is that a camel?”); no more listening to Seven Little Australians on the CD player or my reading of Tim Flannery’s young adult book Where is Here? 350 Years of Exploring Australia: just quietude, and the slow, rhythmic unfurling of Australia beneath our tyres. 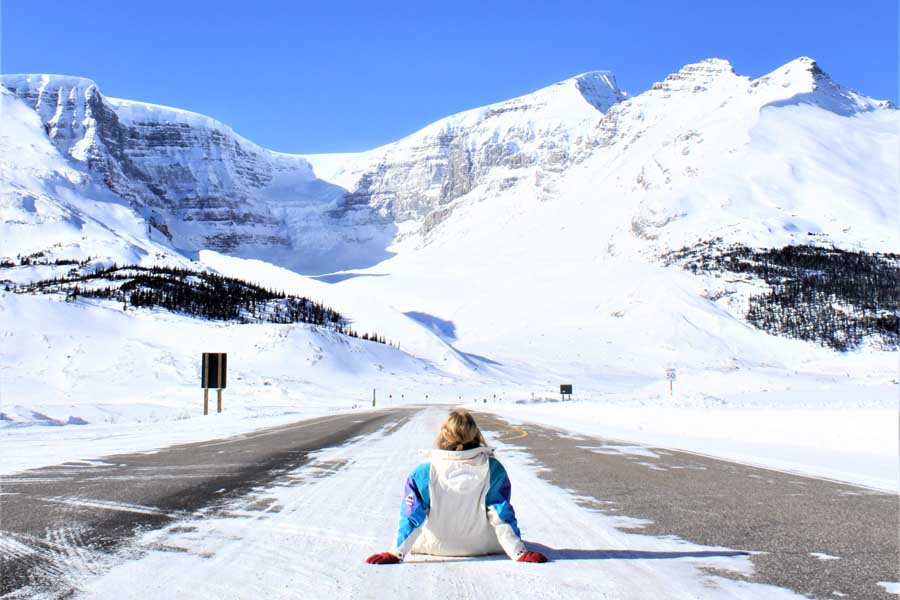 Before we’d left Sydney on our drive across the Nullarbor Plain, a friend had exhorted me to buy a DVD player for my children’s entertainment. “You can’t do that to them!” she’d cried. “Just stick them in the car with nothing!” “Why bother with a road trip at all,” I’d replied, “if all you’re focused on is a screen?”

Besides, my children are already accomplished in this realm. While their friends fly off to Europe or America for the school holidays, we lash our camping gear to the roof-rack and head off into the great unknown. Immigrants to this country, our earliest exploratory journey had taken us northwest from Sydney to Bourke, where we swung a sharp left and drove for hours along corrugated dirt in a sedan built for the city. Stopping at Trilby Station – 50,000ha of sheep and cattle scrub – we set up camp beside the ox-bowing Darling River. We might have been the only people left on earth that night, for all we know, for it was just us five and the homestead, obscured itself by enfolding bush and impenetrable darkness.

My five-year-old daughter, the roadkill scorekeeper, had spent the day collecting bleached bones, which she insisted on carrying home with her. Her older sister, who years later would demand to be left alone with her thoughts, had propped her feet too close to the campfire so that the soles of her shoes had melted; emerging from the tent next morning, we beheld ash fluttering up into the mulgas and river gums and red rubber pooled molten in the embers.

That same trip had taken us to Lake Mungo, where we’d pitched our little dome tent beneath ominous, bruise-purple clouds. The storm, when it struck, was pitiless, extinguishing our fire with sheeting rain, whipping the gas cooker from our camp table, lashing our tent so that it listed at an alarming angle. My daughters and I had pressed our backs against the flimsy nylon to prevent our shelter from collapsing; my son, just eight, had followed his father into the tempest and had held a torch while he pulled the tent upright with guy ropes. The baby of the family, the bone collector, had sobbed with fear and begged us to take her home; years later, straight out of school, she would sally forth on her own adventures, leaving behind her sobbing mother.

We travel in silence today, Cobar, swallowed by the red earth, far behind us and the Nullarbor yawning wide open ahead. We will come this way again one day, when the solitude-seeking daughter is 16 and a learner driver; she will take the wheel most of the way to Uluru and back again at the requisite 80 kilometres per hour. Now crossing the Nullarbor’s 90-Mile Straight (146.6km) – the world’s longest stretch of dead-straight road – she asks us to stop so that she can sit in the middle of it and have her photo taken.

This practice will become a ritual she re-enacts at 17 when, venturing further afield now, we drive Canada’s Icefields Parkway from Banff to Jasper and she seats herself on an empty, ice-crusted highway; and later that year in the US when we traverse that epic Mother Road, Route 66. Setting off from Chicago after a meal of deep-pan pizza, we’re certain we’ll eat nothing but Reese’s Peanut Butter Cups between here and Santa Monica. But the novelty soon wears off and we stop for burgers and shakes in neon-lit 50s diners, soups served in polystyrene cups at Wholefoods, and steaks, of course, in Texas.

“Ten dollars these guys sing Walk the Line when they get to our table,” says my 16-year-old son as a band of crooners approaches us in a panhandle steakhouse. We smile knowingly at one another as they strike the opening chords to that very song.

This is the year my older daughter turns vegetarian (her sister will follow). We’ve been stuck behind a reticulated truck overstuffed with live chickens; halting at the New Mexico border to use the toilets, she waits for the truck driver pulling in behind us. We come back to find her still out there, reproaching him for the inhumane treatment of his cargo.

It takes effort to find a still-visible Route 66 road marker on the scattered remnants of this highway; by the time one appears, we all want to be photographed beside it. We’re a changed family pulling up at the sign demarcating the end of Route 66 at Santa Monica Pier, each of us eight states and 4,000km wiser.

Back in Australia, we reach the end of the Nullarbor and take a sharp left (decisive turns seem to characterise our wanderings) towards Esperance in southwest Western Australia. “This is the whitest sand ever – whiter even than Whitehaven!” chorus my children as they race across a deserted beach at Cape le Grand.

Memory transports me back to the knoll at Hill Inlet overlooking that famous Whitsundays beach – said by some to be the most beautiful in the world – and the liquid swirl tie-dyed in whipped cream and turquoise. It was a few years earlier and we’d chartered a motorised boat and sailed out from Shute Harbour, docking before sunset each day in a secretive cove. That night, we’d forsaken Whitehaven and had dropped anchor instead at the less-frequented Haslewood Island; after dinner we’d lain on the deck and reached out to touch the Southern Cross.

But I’m standing on a different beach now. We must ground ourselves in the present, I remind myself, for our children will grow up and move away and their childhood will never be repeated. In a few days’ time we will reach Perth, make a sharp turn eastwards and retrace our steps to the anchor which tethers us all, for now: home.