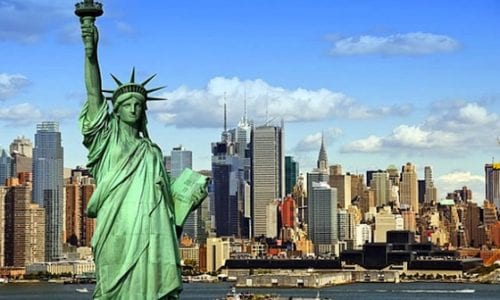 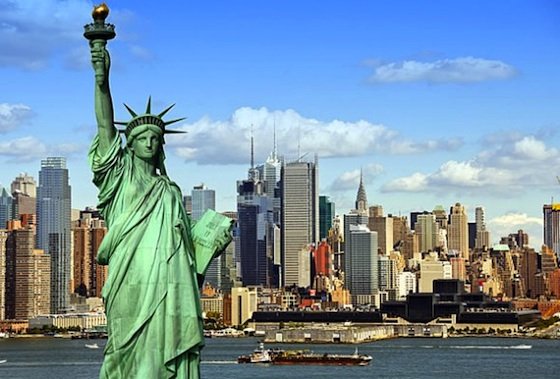 New York is a big metropolis – and yes, it’s exciting and busy and very family friendly. There are plenty of parks, great shopping, yummy eateries and lots of fabulous sightseeing for all ages. Not only that, there are also a myriad of ways for families to get their way around the Big Apple with ease and enjoyment and to make sure you don’t miss a thing! 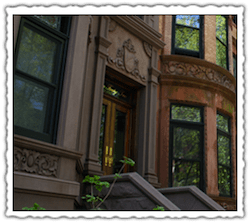 Even if you’ve never visited New York before, you will be struck by how familiar this city is from the minute you arrive!

TV and movies have given Australians a snapshot or two of New York’s famous cityscape and skyline, the vast adventureland that is Central Park, the iconic yellow taxis lining the streets, brownstones with ‘stoops’, the Statue of Liberty, the Empire State Building, the Brooklyn Bridge, Grand Central Station and even Coney Island!

A Slice of Brooklyn Bus Tours

Currently voted the #1 tour of Brooklyn by TripAdvisor, these are FUN, UNIQUE and DELICIOUS ways to discover Brooklyn, USA!

Tours include the Pizza Tour, Neighborhood tour, and Christmas Lights Tour and highlight world-known pizzerias, landmarks, movie locations and points of interest that have put Brooklyn in popular demand thanks to Saturday Night Fever, Goodfellas, Annie Hall and Moonstruck and even Sesame Street! 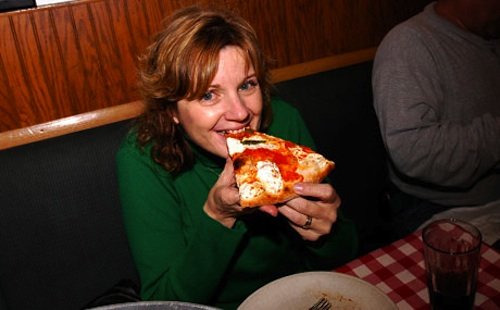 Passengers are picked up and dropped off in Manhattan.

Visit A Slice of Brooklyn

See the city from the water! New York Water Taxi is the only boat company in NYC that allows you to Hop-On/Hop-Off (HoHo) at various stops. You can do a complete loop in just 90 minutes or go at your own pace, hopping on and off as many times as you like at various stops. 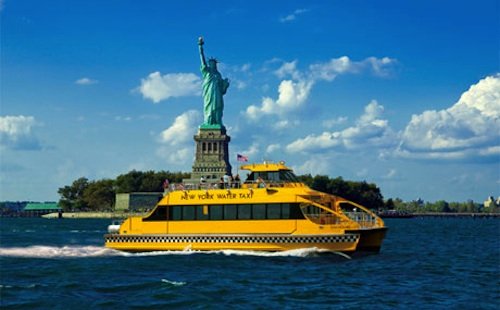 Take the Zephyr Statue of Liberty Express – a one-hour guided tour offering an up-close experience to the Statue of Liberty, Brooklyn Bridge and the New York City skyline or jump on the Shark Speedboat Thrill Ride for an exciting 30-minute speedboat tour that includes a Statue of Liberty photo opportunity!

New York Water Taxi is also the Official Transportation Partner of the 9/11 Memorial – reserve your free timed Visitor Pass with your HoHo ticket.

Bike and Roll NYC has 11 locations including Tavern on the Green in Central Park, Prospect Park Brooklyn and Brooklyn Bridge Park. 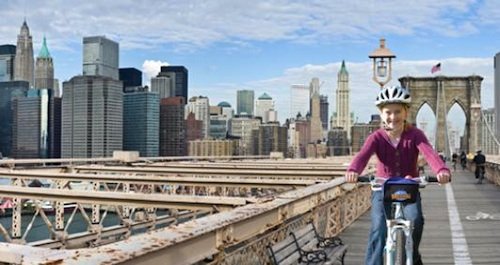 See the Big Apple with guided tours, rentals or combine a full day bike rental with the Hop-On Hop-Off pass from New York Water Taxi and move around the city by bike and boat.

Helicopter Flight Services operates 365 days a year from the Downtown Heliport and has been honoured with the 2012 Certificate of Excellence for maintaining a 4.5 rating on TripAdvisor and by the NY Association of Hotel Concierges for 3 years! 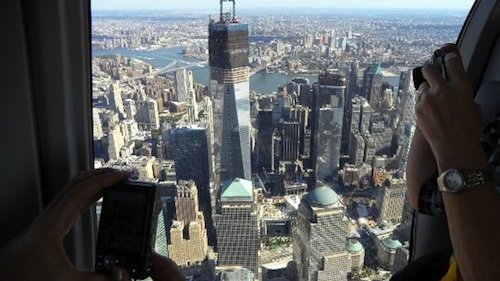 Book one of the three times daily tours or private charter – you can even take a sunset tour and see the city light up before your eyes! From 15 minute trips to 30 minute trips, the aircraft’s full-view convex glass windows allow spectacular 180 degree views of this dazzling city.