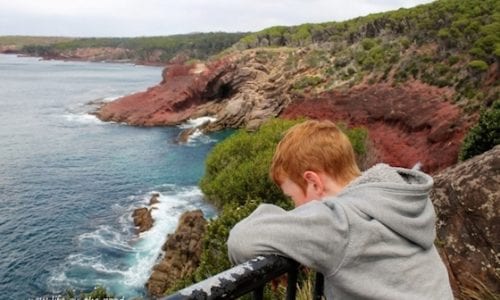 Road-tripping to Eden in a ‘spaceship’ 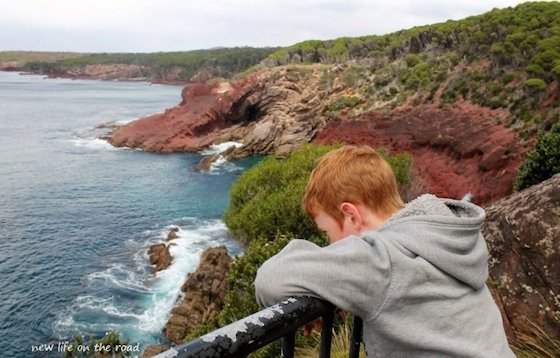 Have you ever dreamed of driving a ‘spaceship’ camper van to Eden? Well, our family did just that on an adventurous road trip from Sydney to Eden for the annual Whale Festival. Located on New South Wales’ picturesque Sapphire Coast, Eden is a major stop for both baleen and toothed whales on their spring migration south along the ‘humpback highway’, and one of the best spots to get a close look at these gentle beasts. 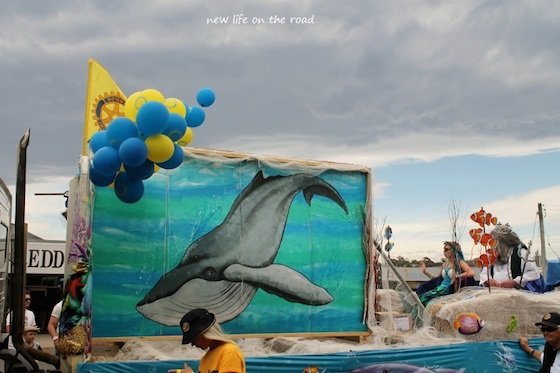 The locals of Eden kicked off the whale festivities with a lively parade down the main street, featuring floats constructed by schools, businesses and community groups. This was followed by live entertainment, market stalls serving up some of Eden’s local produce, and rides for the kids – accompanied by an incredible performance of whales meandering along the coast. Record numbers had been expected this year and we were not left disappointed!

The killer whale history of Eden 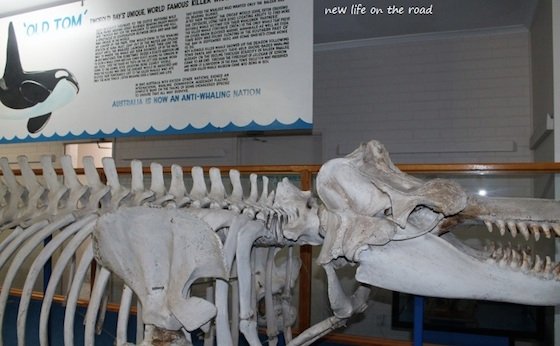 As afternoon rain set in, we headed indoors to the Eden Killer Whale Watching Museum – a fascinating look at the history of the whaling industry that had once been of significant importance the town. ‘Old Tom’s’ bones greet you as you enter the museum – the last of the herding killer whales used to alert whalers that baleens were in the vicinity. Their ‘flop-tailing’ was the signal for the whalers to take up chase and herd the baleens into Eden’s Twofold Bay. And ‘Old Tom’s’ reward? The tongue and lips of the captured whale.

We wandered down to Davidson Whaling Station, the longest operating shore-based whaling station in Australia and, thankfully, now a mere observer of the comings and goings of the ‘humpback highway’.

Exhausted from the day’s whale watching wonders, we set up camp for the night at East Ben Boyd Forest Area, a free overnight stop, and settled in to watch the festival fireworks, but sadly they were cancelled due to a spectacular storm, which provided its own lightshow. 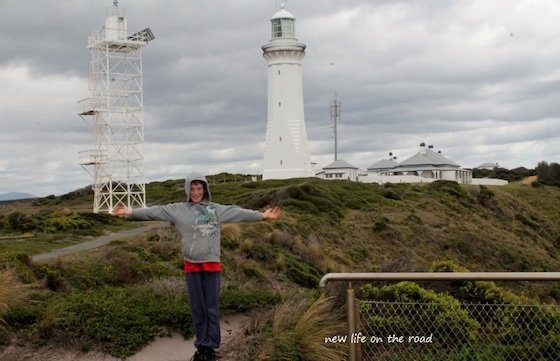 The following day we passed beautiful Disaster Bay as I negotiated the 21-kilometre dirt road to Green Cape Lighthouse in the ‘spaceship’. Braving the icy cold winds, we (well, me and two of our boys) briskly walked to the end of the track where spectacular views across the ocean as far as the eye could see offered perfect (although chilly) whale-watching conditions.

Responsible for all lighthouse maintenance, the keepers traditionally lived adjacent to the lighthouse in three houses that still stand. I thought about the resilience of their wives and children and their ability to cope with the harsh living conditions and isolation. Considering two in my family were still sitting in the heated car, I’m not sure we were quite made of the same strong stock! 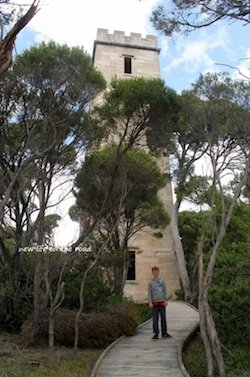 Ben Boyd Tower is another legacy of the whale industry that stands prominently at Red Point, built in 1846 to serve as an observation tower to monitor the whales’ location. Lavishly built with Sydney sandstone, hauled in by bullock teams and placed with connecting chains, the tower is now protected within Ben Boyd National Park. We explored along the rugged coastline, coming to a lookout where other families had gathered and were duly rewarded when a mother and baby arrived to frolic in the waters below. The whole family agreed that this was the highlight of the trip!

Eden has an abundance of sights to explore, even outside of whale watching season. From the National Timber Workers Memorial, to Mary MacKillop Hall, and the informative walk at Aslings Beach that allows you to soak up the whaling history of the town within its stunning coastal surrounds. If you are looking for more vigorous adventure, you can attempt the two-day, 30-kilometre ‘Light to Light’ walking trail that follows the dramatic coastline and pristine beaches of Ben Boyd National Park. But don’t forget to pack some winter warmers as temperatures can plummet unexpectedly!

Eden’s natural beauty and endearing mammoth migrants make for a fantastic family break, and the annual Whale Festival is just a taste of what this tiny town has to offer.

Lisa and David Wood live with three of their five boys in a motorhome that Lisa purchased from eBay (unseen)! Nowadays they are travelling, homeschooling and exploring Australia, while having some good old family fun. You can follow the journey on their New Life on the Road blog or connect through their Facebook page.