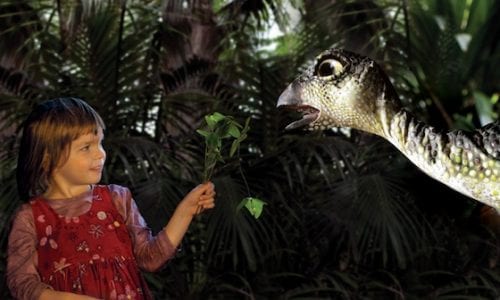 Tycho to the Moon

The Planetarium’s new childrens show, Tycho to the Moon, is about Tycho a dog who doesn’t just howl at the moon, but wants to go there. Blast off on an amazing ride into space with Tycho and his young friends. Recommended for children from 3 years. Duration: 40 minutes, inclusive of the night sky tour. From January 2 to January 8.
Sir Thomas Brisbane Planetarium

The annual Disney Live show is not to be missed! Hit the road with Mickey Mouse and friends for a hilarious talent search that takes the gang on a road trip with audience participation! Cinderella, Tigger, Buzz Lightyear and Woody and all of your favourite Disney characters will be there. Brisbane Convention & Exhibition Centre January 6-7, 2013
disney.com.au

Storytime in the Gardens

Join Downfall Creek Bushland Centre for a fun morning of play and learning for young children. Discover the amazing world that many insects live in by reading a children’s book about leaf litter and having a hand at simple craft activity. The real adventure begins on a short walk around the Senses Trail to look for these amazing critters. Children 3 to 6 years. From January 8, 2013. Call 3403 8888 to make a booking

QPAC’s Melbourne Street Green will be transformed into a mini Jurassic Park for two summer weeks and you’re invited to come along to feed, pat and learn to look after the marvellous lifelike menagerie. The Dinosaur Petting Zoo is a fully interactive puppet show that previously performed to much popular and critical acclaim at the 2012 Out of the Box Festival.
Queensland Performing Arts Centre

Make A Splash with Thomas The Tank Engine

With beach umbrella, sunscreen and beach ball in tow, the world’s most popular steam engine is ready for all the fun of Australia’s biggest Thomas & Friends event…Day out with Thomas 2013…from 26 December 2012 to 3 February 2013. Little visitors can make a splash with water wheels and bubble wands before letting their creative juices flow at the Thomas Imagination Station with Thomas puzzles, stories, games and craft at the Workshops Railway Museum. theworkshops.qm.qld.gov.au

Set on the Brisbane River, Rocks Riverside Park is an award-winning recreational zone. Spread over a massive 26 hectares, the water-play area of Rocks Riverside Park is a major drawcard on hot Brisbane weekends, with kids packing the shallow waters of the meandering concrete river bed, kept safe from the sun by the huge shade sails. Spraying fountains also provide lots of entertainment. Shelters and gas BBQs are scattered throughout and there are many paths to explore either by foot or on bike.
Rocks Riverside Park

Children 12 years and over can join in the fun with these simple cooking classes over 5 weeks in the school holidays. Bookings essential. Ministry of Food Gold Coast

With a comprehensive program throughout the school holidays for children of all ages, Gold Coast Parks activities include FREE and minimal charge entertainment including art and craft workshops, skate, retro games and mini olympics action, kids disco, jumping castles, swim, surf, paddle and beach activities, African drumming and dancing workshops, kung-fu, yoga and so much more at different venues across the Gold Coast. There’s something for everyone throughout January! Gold Coast Parks

Movies under the stars

Kids keep cool and have ‘balls’ of fun at Aussie Waterballs. Located at Pacific Fair Shopping Centre and Robina Town Centre kids can walk on water inside a plastic bubble! Aussie Waterballs

See Giggle and Hoot and Friends at The Arts Centre on the Gold Coast on Monday January 28 at 10.00am and 12.00pm. Joining the pair will be their owl friend Hootabelle, while B1 and B2 from Bananas in Pyjamas will have everyone laughing and Sportacus and Stephanie from LazyTown will be singing, dancing and performing some acrobatics. Postman Pat will also appear.
Giggle & Hoot & Friends

Gold Coast Potters are offering a “Kids & Adults Play with Clay Together” session on January 12, 2013 and a “Wheel Throwing Workshop for Children” which runs over 2 consecutive days on January 9 and 10, 2013. Classes are held at Potters & Sculptors Corner in Benowa.
Gold Coast Potters

Over 45 performers combine in a choreographed storyline based around a young girl’s journey in a world of colour as she intertwines with a feast of human performance acts that unite elements of drama, humour, beauty and skill. LumiAir entertains with exhilarating highs and lows – from dance acts on the stage floor to high-flying feats in the air – all centred on a unique circular stage that has been specially built for the LumiAir show. Under the Big Top at Southport until January 6, 2013. LumiAir

It’s as wild as life gets this summer at Australia Zoo! Get set for more action and entertainment than you can poke a stick at these school holidays. Wooo-hoo!
Australia Zoo

Flipside Circus Workshops at Lake Kawana Community Centre run from January 14 to January 16, 2013, for kids 6 years and over. Learn or improve your skills in trapeze, lyra, tissu, acrobats, tumbling, juggling and hula hoops. On the final day, you will be given the star treatment with costumes to showcase your circus skills in a performance for family and friends. Bookings essential.
Flipside Circus Workshops

Learn to play the didjeridu

The Disney Live! gang are heading to cairns & Townsville in February 2013!

The annual Disney Live show is not to be missed! Hit the road with Mickey Mouse and friends for a hilarious talent search that takes the gang on a road trip with audience participation! Cinderella, Tigger, Buzz Lightyear and Woody and all of your favourite Disney characters will be there. Cairns Convention Centre January February 13, 2013 and Townsville Convention and Entertainment Centre February 16-17 2013.
disney.com.au