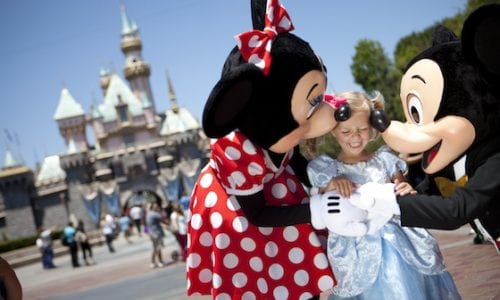 The popularity of Disneyland, through nearly 60 years, celebrates Walt Disney’s dream of a place where family members of all ages can have fun together in an atmosphere that emphasises imagination, fantastic storytelling and extraordinary guest service.

Since 1955, dignitaries, heads of state, celebrities and more than 700 million guests have passed through the gates of a place that Walt imagined as “a source of joy and inspiration to the world.”

When it opened, Disneyland in Anaheim, California, transformed the amusement industry with an entirely new concept in family entertainment: a “theme park” where rides, shows, characters, merchandise and cast members in costume become part of a total storytelling environment.

When Walt Disney opened Disneyland on July 17, 1955 he inaugurated a tradition of innovative, immersive storytelling that inspired classic theme park attractions such as Pirates of the Caribbean, Space Mountain, Star Tours, Soarin’ Over California, Toy Story Midway Mania and Radiator Springs Racers, and the ongoing imagination, creativity, technology and innovation that brings stories to life, fulfils Walt’s promise that “Disneyland will never be completed … as long as there is imagination left in the world.”