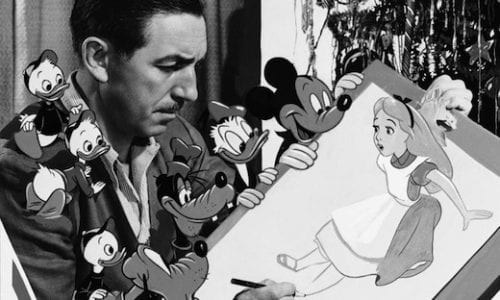 It’s hard to believe that the young-at-heart, Happiest Place on Earth, is about to turn 60!

In July 2015 – Disneyland Resort in California will have been welcoming (and enchanting and delighting!) guests of all ages and from all corners of the globe for six decades!

As we lead up to the BIG celebrations, Out & About with Kids will take you on a magical journey through Disneyland – all the way from the dream in 1955 to 2015 and beyond!

The original Disneyland – in Anaheim, California – turns 60 in July 2015! In those six decades since Walt Disney officially opened his wonderful theme park, hundreds upon hundreds of millions of people have walked through the gates and experienced the magic of having their dreams come true!

Walt Disney’s magical world was the manifestation of a dream he held, to create a fabulous theme park that both adults and children could equally enjoy together. A dad to two daughters himself, Walt Disney was a visionary who sought inspiration from his own family and designed an experience that families around the world have placed high on their ‘must-visit’ holiday lists since that very first official opening day on 17 July 1955.

From the breaking of the ground on the 72 ha site on 21 July 1954, the magical worlds of Adventureland, Frontierland, Fantasyland and Tomorrowland and the fun of Main Street USA were open to the public on 18 July, 1955 – at $1 admission with attractions ranging from 10c to 35c!

Across the next six decades, Disneyland’s popularity has never waned. Each new year brings a whole host of fresh and funtastic magical experiences – with development, expansion and new attractions always high on the Disneyland agenda!

In 2015 the fanfare and fireworks in celebration of Disneyland’s 60th Birthday will be a sight to see! It truly is The Happiest Place on Earth!

Here are just some of the milestones!

100 millionth guest walks through the gates on 17 June 1971!
Construction begins on Space Mountain
7 new scenes and 31 figures added to the Jungle Cruise

The Lion King Celebration, Aladdin’s Royal Caravan Parade and The Spirit of Pocahontas all debut
The Disneyland Resort announces plans for a new theme park to be built in the existing Disneyland Parking lot
Tarzan’s Treehouse opens