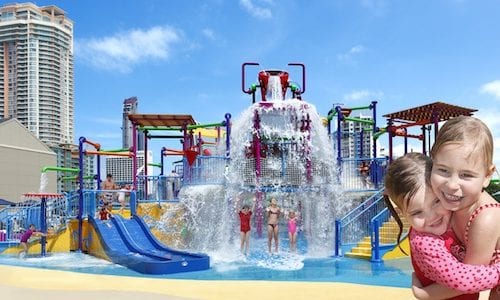 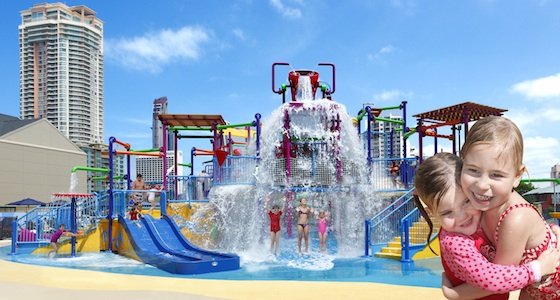 Out & About with Kids frequently hears from readers asking for suggestions for holiday accommodation catering for larger families and now the perennial family-favourite Gold Coast holiday resort, Paradise Resort, has responded to a high demand for rooms that sleep more than four, with a new $2 million resort upgrade that includes an expansion of their accommodation options.

“Our Family Rooms and King Bunkhouses traditionally sleep five people but for families of six or more the only option until now has been to purchase two resort rooms. We have now added bunk beds to our Superior Family Rooms allowing the room to sleep up to six people,” says resort General Manager, David Brook. 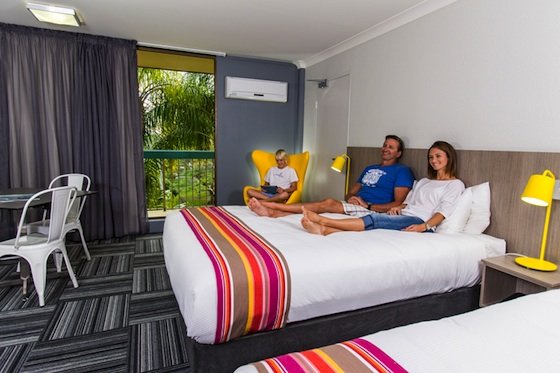 In addition to design enhancements the latest refurbishment includes the installation of microwaves to all of the Superior Resort Rooms for added convenience and all rooms fitted with HDMI and USB ports for direct plug in access.

The newly refurbished wings will be named after the Resort’s colourful mascots and characters: Captain’s Quarters, Cleo’s Castle, Astro’s Alley and Dusty’s Digs and finishing touches will include new door numbers and room keys themed around each of the four characters. The new character room keys will be available to take home as a special memento of your family holiday. 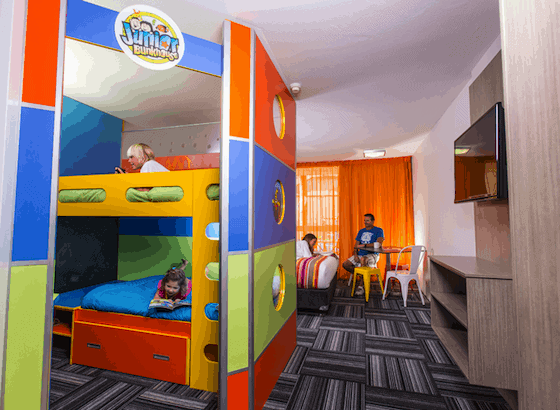 Paradise Resort owner, Robert Zagame, has a background in design (with his own fashion label Rob & Lulu) and was instrumental in making sure the rooms are modern and vibrant but family-friendly and practical.

Since taking over the resort in 2010, the Zagame family has spent over $5 million upgrading facilities including the entire transformation of the pool area to include two new waterparks, swimming pool and two spas, a new café and bar, mini-mart, cardio gym, adventure playground, games room, enhancements to the activities and entertainment program, the renovation of 16 King Bunkhouse rooms and, most recently, adding a brand new ice-skating rink – Planet Chill. 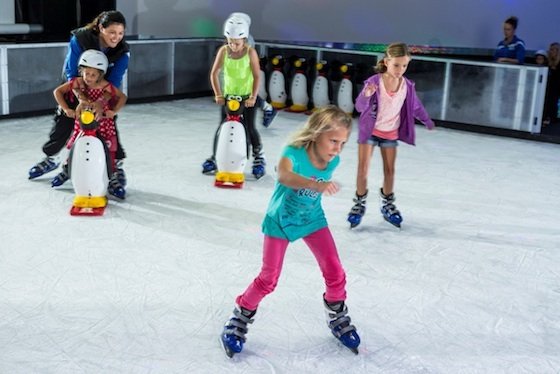 Paradise Resort has a firm ‘kids first’ philosophy, catering for babies and toddlers right through to 12 year olds with the focus on keeping kids happy and entertained while ensuring that the parents’ stay is that much more enjoyable– which is, no doubt, why Paradise Resort received the big thumbs up from Out & About with Kids readers voting in the Best Australian Family Resort category of our 2012 Best of Family Travel Awards! 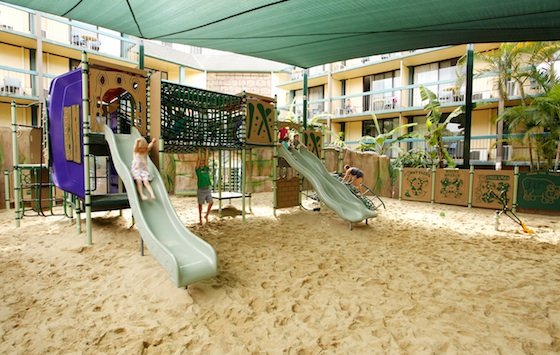