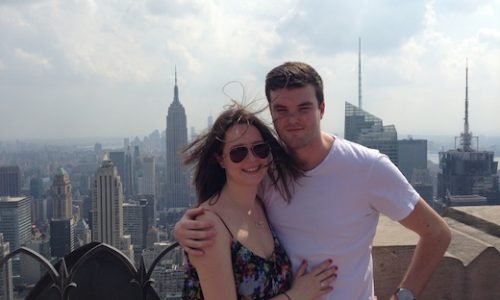 Out & About with Kids is delighted to have Sydney couple Michael Williams and Isabelle Walker onboard through July and August 2013, contributing a series of blogs on their first-hand experiences of the Big Apple, direct from New York City. 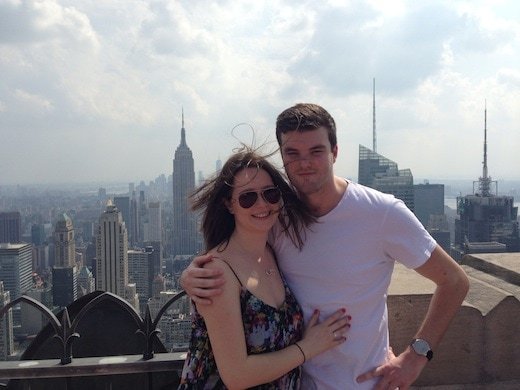 Our excellent tour guide not only walked us through the sacred and solemn memorial commemorating the largest act of terrorism on American soil and a day that changed the entire world, but gave us an authentic New Yorker insight into the history and enormity of the act on that hallowed area of Manhattan. 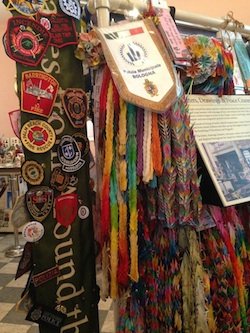 Starting at the St Paul’s Chapel, which stood in the shadow of the Twin Towers and now sits at the foot of the Freedom Tower, we learnt about the first responders and how the chapel became a symbol of hope for NYC. Having withstood barrages from the Revolutionary War, to endlessly destructive fires, to an attack from Al Qaeda, St Paul’s housed many firefighters, policemen and volunteer rescuers in the aftermath of the attack.

You can visit the chapel today and see the banners, letters, prayers and even Japanese school children’s peace cranes which sent hope and solidarity in the those unimaginable first weeks after the attack. (Note: St Paul’s was also the church where George Washington came to pray after he was inaugurated on Wall St.) 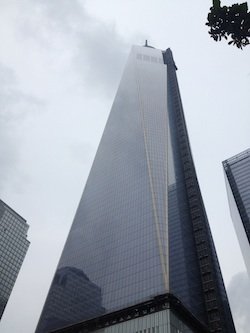 Moving closer to the memorial, we see the new towers being built in the World Trade Center. The Freedom Tower, standing as tall as the original North Tower, with a spire to bring its height to a symbolic 1776 feet (Year of Independence), is the tallest building in Manhattan and the third tallest building in the world.

We walk past the Fireman’s Memorial, donated by a law firm who lost an employee – a volunteer firefighter who left work without a moments notice as soon as the first plane hit and was never heard from again.

We enter the memorial, through several security check points, and are greeted by a large courtyard of trees, people and the sound of rushing water. In the footprint of the former Twin Towers, there have been two huge fountains constructed, with waterfalls coming from the tops of the squares and rushing into smaller, square voids at the bottom.

Surrounding each fountain are the names of the victims of 9/11 and of those of the 1993 WTC bombings. All the names are arranged in categories and, within those categories, are arranged to have significance with those adjacent; family members or friends sit side by side forever.

Though the Memorial is busy, and sometimes quite loud considering its solemnity, the waterfalls provide the perfect auditory backdrop to be able to experience the gravity of the place.

Doug was able to give us an explanation of the events of 9/11 – of how two unimaginable structures could collapse and the extraordinary examples of heroism and brotherhood that came from such destruction and malice.

A museum is scheduled to open in the next year on the bedrock of the memorial site, which will include stories of the victims and keep alive the memory of the patriotism and solidarity that emerged from such tragedy.

The 9/11 Memorial is a must for any person, young or old, travelling to NYC. The experience will stay with you, and you will leave feeling that little bit more emotionally and spiritually connected to the people of NYC than when you arrived.

Michael Williams and Isabelle Walker are currently holidaying in New York from Sydney. Michael is an Account Manager with a Bachelor of Business and this is his third time travelling to the US. Isabelle is a student of Politics & Anthropology with a keen interest in US Politics. You can follow her blog here.