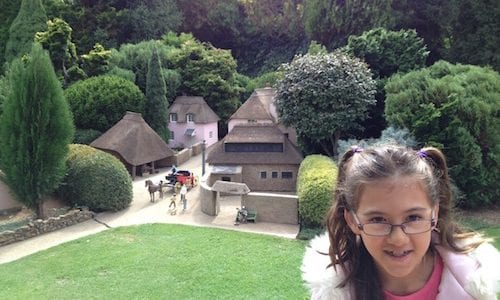 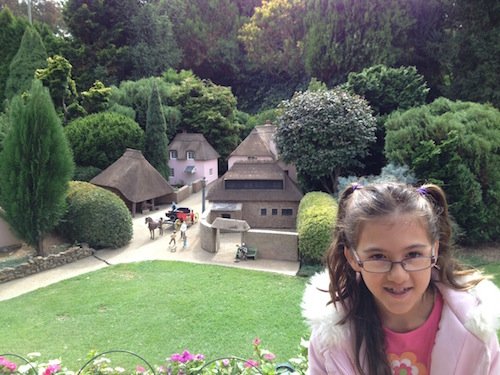 Join Nina Henderson and her family for part two of their weekend in Canberra – full of fun, family activities!

I was told to make sure we went to Cockington Green, a miniature world perfect for kids. And it turned out the area was home to plenty of attractions – weekend markets, art galleries, cafes, the Reptile Park and the National Dinosaur Museum.

It was about 25 minutes from where we were staying, so we decided to head out and grab some breakfast at Gold Creek and be there early to avoid the crowds of the long weekend. 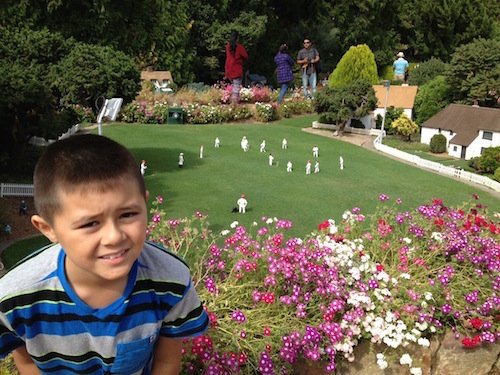 We found a few coffee shops open for breakfast and as most things are within walking distance, we grabbed a parking spot right at Cockington Green and walked to the village. Once back at the miniature village, we bought the family pass, which included entry for two adults and two children, some discount vouchers and a train ride.

My daughter headed for the fairy garden and she loved it so much she wants one just like it in our yard! Next we took the miniature steam train ride to get an idea of the layout. It’s only a short ride, but you go around twice and get an overview of where to go. Thankfully we did this first, as on returning to the little station we found about 50 people were now waiting in the queue! 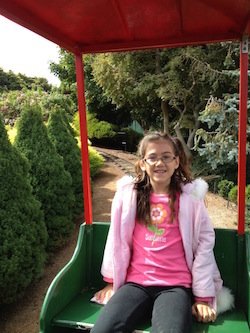 As an avid cricket fan, Aaron found the cricket pitch fascinating and made a big point of showing me the little person on the toilet reading the newspaper. There were plenty of these little funny scenes throughout, including a crocodile hidden in the lake (waiting for golfers!), a streaker in the soccer match and even Where’s Wally in the crowded stadium.

Next we headed into the international displays – where to my daughter ‘s delight, she found a hidden Easter bunny (it was Easter Saturday) with some eggs near one of the displays. It was a gift from Cockington Green and it made her visit! The kids had fun stopping to take photos of the displays for the Czech Republic and Oman to send to our ex-pat friends overseas, just so they could say they have been there. 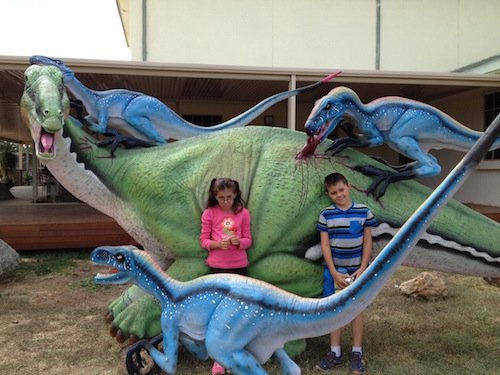 By the time we left the car park was full (with plenty of cars waiting), so we decided to take the short walk across the road to the National Dinosaur Museum. We only had a short time before we were meeting friends for lunch, however in that spare 30 minutes all we managed to see was the museum’s Dinosaur Garden at the front! There were giant replicas of a T-Rex, stegosaurus and raptors, just to name a few. The kids recalled the dinosaur talk from the day before and did their best to name a couple of the breeds. It took all our energy to drag them away from these dinosaurs!

When I asked the kids what they enjoyed most about our day at Gold Creek, they both agreed the last stop for the day was their highlight – Canberra Reptile Zoo. Upon entering, the twins were given an Easter hunt – they had to search through the reptile tanks for coloured plastic eggs and correctly name the colour of the egg to the display.

They were delighted with their Easter egg prize and it was a great way to ensure they looked at all the displays. The zoo seemed to be family-run and while small in comparison to most zoos, it was a great hands-on experience. The kids enjoyed patting the skinks and searching for them in the sawdust, touching a python and studying a bearded dragon. 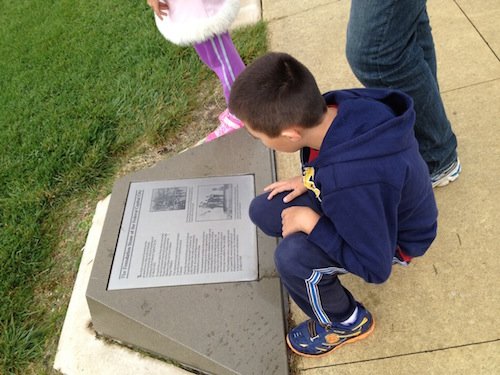 Throughout our drives through Canberra over the weekend, the kids kept asking about the ‘road with the grass’ – so we headed up to Parliament House. Although we missed the official tours, it was probably better for the kids to explore it by ourselves. We went to the House of Representatives and the Senate and tried to explain the seating arrangements … as best as we could!

It wasn’t until we returned home and watched the news one night, featuring a segment on the House of Representatives, when the kids both screamed “I’ve been there” that I knew they did learn something that day!

Parliament House was the last stop in our four-day weekend to Canberra, and we hadn’t even touched the sides!

There’s still so much to see and do – the aquarium, water park, walk in the aviary, bike ride around Lake Burley Griffin, cruise around the lake … and more. So we will definitely be back, and it won’t take another 20 years to return … after all we still have make the most of our annual pass to Questacon! 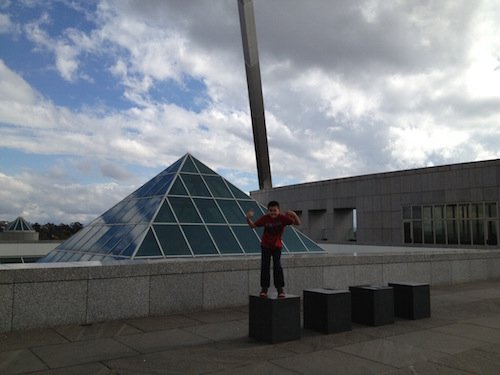