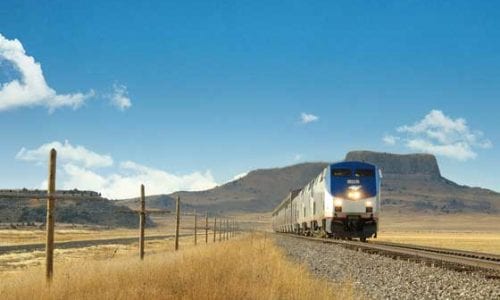 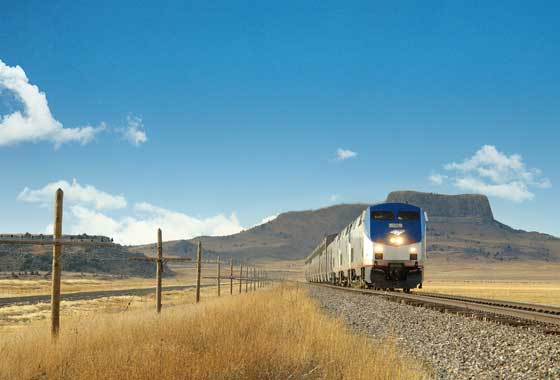 The mere mention of a journey onboard a train with a name like Hiawatha, or Empire Builder, or Texas Eagle, is enough to send any kid delirious with anticipation. Our two young boys were certainly over-excited as we waited on the platform in Los Angeles for the first of our locomotives – the Coast Starlight. As for us parents, we were still a little unsure. After a couple of days running riot in Disneyland, could we really imprison our kids inside a series of long-distance trains for days on end?

Our plan was to travel north from Los Angeles to Seattle for 2200 kilometres, taking in some of the most spectacular scenery on the west coast. Then we would hop across the Canadian border for a quick visit to Vancouver, before heading back to Seattle in time for a train trek across the nation to New York. From there we would chug south to Washington, before another rail journey to the pirate capital of the USA – Charleston, in South Carolina.

With the Coast Starlight now at the station and ready to depart, we joined the other passengers and station staff with a traditional mass cry of ‘All Aboard’. The train’s siren blew, and we were off. It felt like we were going on a great adventure.

Our train was soon powering past the Hollywood movie studios lining the base of the Santa Monica Mountains, and before long the clear-blue Pacific Ocean was breaking against the surf wall right beside the track.

We could have opted for spacious, reclining Coach Class seats, but as this was an overnight trip a Family Bedroom seemed a wise choice. These are available on almost all long-distance trains in America, but it’s best to book several months in advance, especially if you want to travel in summer.

Our room spanned the entire width of the carriage and had two large windows. A sofa and two reclining seats converted to beds, and two upper berths folded down from above. What’s more, meals in the dining room were included in our ticket price.

We also had access to the glass-wrapped viewing car, which is where we sat as our train headed through the San Fernando Valley to take on the dramatic turns and vistas of the northern Californian mountains.

One of the great things about travelling by train in America is that you get to meet so many people. Sitting adjacent to us as we were eating our lunch of fried chicken and hamburgers in the restaurant car, was Ed the train fanatic. He scoured his locomotive roster and gave us a running commentary about the length of various tunnels and mountain passes we were about to go through.

Then there was, Ronnie, an enormous black cowboy in Stetson and leather waistcoat. He ran through some magic tricks for the kids. Lunch flowed through to dinner, complete with a kid’s menu. And not long afterwards our train was rocking us to sleep.

Over breakfast we gazed out at duck-spotted waterways and hauntingly beautiful volcanoes, and all too soon we were ambling into flatter land sprinkled with timber houses and huge fir trees. The first stage of our journey was coming to a close.

From buffalos to buccaneers

A few days later we were back on a train again, this time the Empire Builder, as we headed east to Chicago. We spent two days and two nights onboard, passing through a wilderness of snow-capped mountains and thick forest, before bowling through the North Dakota plains and alongside the Mississippi River.

The kids read and drew, watched movies, or looked out of the window and tried to spot buffalos. We didn’t hear them complain once, and they even stopped their usual squabbling.

From Chicago we travelled overnight to New York on the Lake Shore Limited, following a famous Native American Highway past the southern shore of Lake Michigan, the Mohawk River, and the Erie Canal.

After a day padding around the streets of New York, and another in the American Museum of Natural History, we headed south on the Silver Palm. 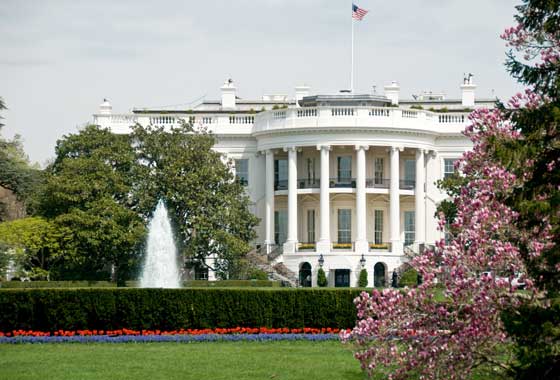 We stopped off first in Washington, to see the White House, and the hundreds of aircraft, spacecraft, missiles, rockets at the National Air and Space Museum. Then we rejoined the train for a daylight journey to Charleston. Charleston is a harbour city cluttered with Georgian buildings built from the profits of rice, indigo and slaves. The first naval engagement of American War of Independence took place here, and the first shot of the American Civil War.

The weather grew balmier, level crossings clanged. This is backyard America, where country folk sit on porches, confederate flags hang limp, and dogs bark as the trains roar and rattle by. But, best of all, Charleston is known for pirates. The infamous buccaneer Blackbeard blockaded the port in 1718, and Anne Bonney – the most notorious female pirate in history – was born on a plantation nearby.

The kids especially loved our guide who took us around town dressed in all the right gear, with a live parrot on his shoulder. He told us tales of treasure lost in Charleston Harbour, and tarred and feathered pirates strung up alongside the shipping channels. The kids loved it.

We decided not to retrace our steps by train back to New York, nor to hire a car, since long drives are nowhere near as relaxing. So, we opted to fly instead. At the airport we checked the departure board. There was no California Zephyr, or Missouri River Runner, not even a Southwest Chief or Heartland Flyer – just a whole bunch of numbers. Not as exciting at all.

The easiest way to see America by train is to buy an Amtrak USA Rail Pass. Routes are broken down into segments, for example New York to Washington, or Seattle to Chicago.

Overnight Family Rooms cost extra. From Los Angeles to Seattle add around $765 per room to the ticket price, and from Seattle to New York around $1240.