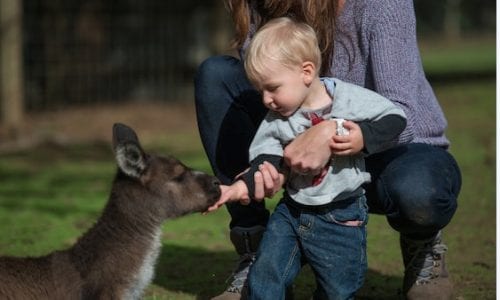 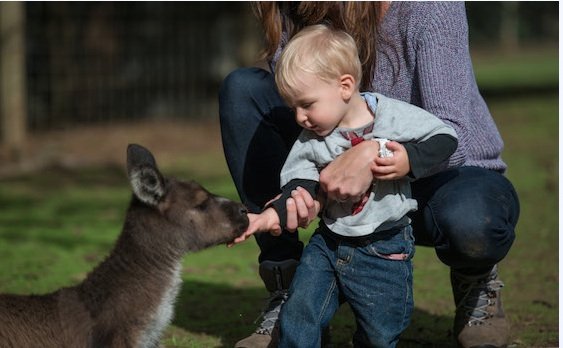 Have you ever held an eagle? Come face to face with baby seals? Been completely alone in a national park? Well, we did it all and much, much more.

There are no zoos on Kangaroo Island (KI), but there are plenty of wildlife sanctuaries to choose from. My older son, Lachlan, quickly created a to-do list and became a little Tom Cruise in his own ‘Mission Impossible’ movie.

Mission #1 (should you choose to accept it!): Cuddle a koala 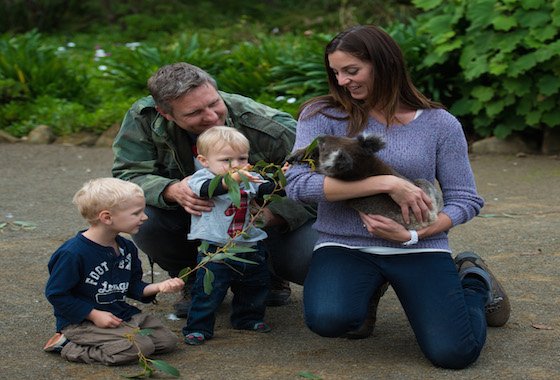 The KI Wildlife Park has several koalas and as soon as we stepped into the koala enclosure, I could see little toddler brains exploding. My kids were so excited they couldn’t sit still. Stumping up an extra $10 to hold the animal was a no-brainer. I completely melted when Alfie put his little arms around me and clung to me like a 6-month old baby. My sons fed him eucalyptus leaves as we all marvelled at how soft he was… seriously the softest thing EVER!. I think we cuddled Alfie for about 30 minutes and it still wasn’t enough time. I didn’t want to give him back.

Sure, you can do this at several spots in Australia, but there’s something different about it in KI. There are just so many kangaroos and so few people. Our biggest struggle was that Lachlan wanted to feed every single one of them. KI Wildlife Park sells bags of food and we went through at least three.

KI is well known for its locally produced goods, mainly honey. The honey is amazing, but I’m much more of a cheese gal, so I really wanted to visit the Island Pure Sheep Dairy. I bribed my boys with promises of patting sheep and eating cheese. Both missions were accomplished and our tour guide was amazed at how much my three-year old could eat. The homemade cheeses are incredible, especially the haloumi, and we left with a whole cooler bag full. 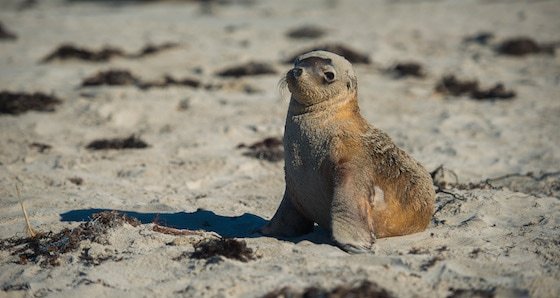 Lachlan loves seals, so the more seals we saw on this trip, the better. We watched dozens of New Zealand fur seals play around Admirals Arch, and we chose to do the guided tour on the beach at Seal Bay, so that we could get up close and personal with our flippered friends… and it was worth every penny! We had seals walk up to us and stare us down from less than a metre away. They seemed to be just as interested in us as we were in them. 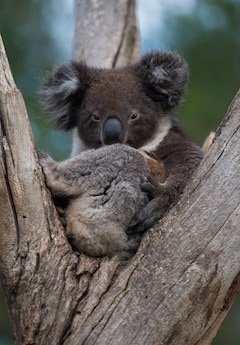 After a few days, Kangaroo Island has what my husband and I like to call ‘The Africa Effect’. Anyone who’s been to Africa knows that at first zebras and giraffes are exciting, but by day three, you have seen hundreds of them and without a lion you aren’t even taking out your camera. It’s a similar situation at KI. The wildlife is so incredible that by day three you need something new to knock your socks off.

That’s where the nocturnal tour comes in. As soon as the sun goes down, the guides at the Hanson Bay Koala sanctuary take out their torches and lead guests on a 90-minute hunt for nocturnal animals. We saw several koalas, including one feasting on some leaves right above our heads, a ring-tailed possum, and dozens of kangaroos and wallabies. The best part, though, was how adventurous it all seemed to our kids. They absolutely loved holding the torches and trying to spot the animals first.

Mission #6: Become one with the birds 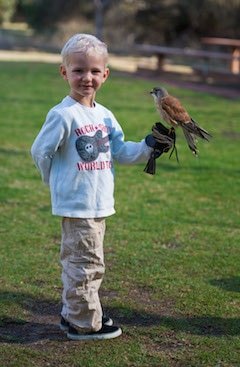 People have always told me that Lachlan is incredibly brave for a kid his age, and his true colours came out at Raptor Domain’s ‘Birds of Prey’ show. There were owls, eagles, falcons and more – and we were allowed to touch almost every single one of them.

As the adults sat silently, Lachlan volunteered to hold the first bird, a falcon. I could barely believe it when my 3 ½ year old jumped up and quickly put on the leather glove.

I couldn’t let my toddler think it was too scary for the grown-ups, so a few minutes later I was holding a gigantic eagle.

That’s the thing about KI, every time you think you’ve done the best thing on the island, something else blows you away. 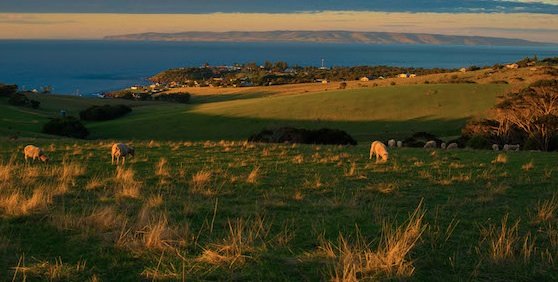 Jennie has travelled to more than 60 countries and is the proud mother of two boys, Lachlan (3 ½) and Noah (14 months)