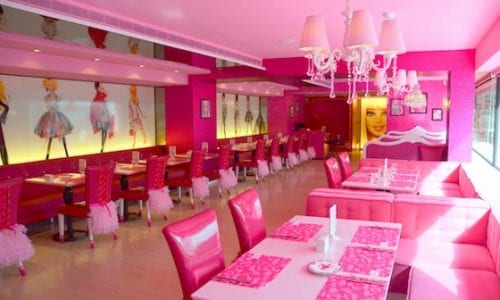 OAWK » Uncategorized » In the pink!

She has an amazing wardrobe, several dream homes, a flash sports car and a hot on-off boyfriend and now the world’s most popular blonde has her own café! 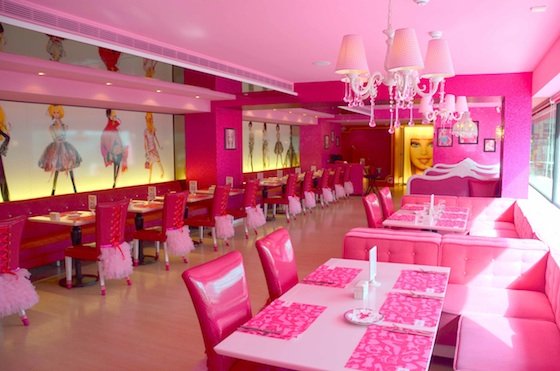 Little (and big) lovers of the fantastically plastic world of Barbie will want to ride the outrageously girly wave of retina-searing candy pink at Taipei’s Barbie Café.

With theme restaurants all the buzz in Taiwan and its capital city the place that the now 54-year old Barbie was originally manufactured, it’s no surprise it was chosen to be the home of the world’s first ever Mattel-licensed Barbie Café. 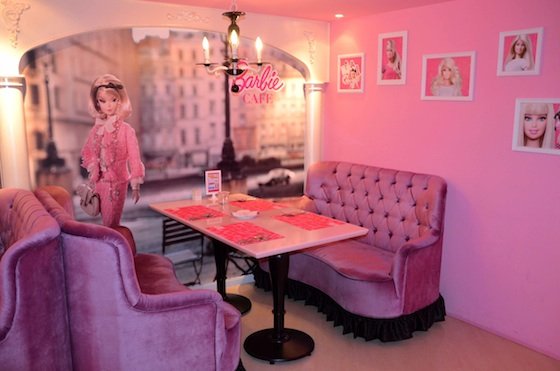 The décor of the expansive café on Zhongxiao Road, one of the busiest shopping districts in Taipei, will certainly put fans of Barbie in the pink. Gallons of hot pink paint, reams of pink tulle and a generous dollop of glitter cover every surface from floor to ceiling. Chandeliers dangle decorously over the pink velvet booths and, I kid you not, even the chairs are clad in hot pink corsets, fluffy tutus and pretty pink bobby sox. 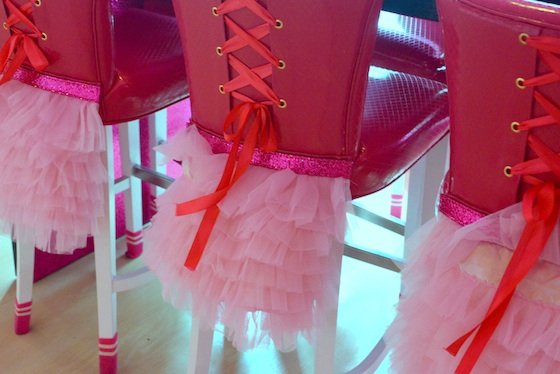 The walls are adorned with framed images of some of Barbie’s finest fashion moments and an impossibly huge portrait of the iconic blonde is the centrepiece of the quirky café! There’s also a gigantic pink Barbie box for customers to sit in if they have dreams of becoming a packaged, life-size Barbie. 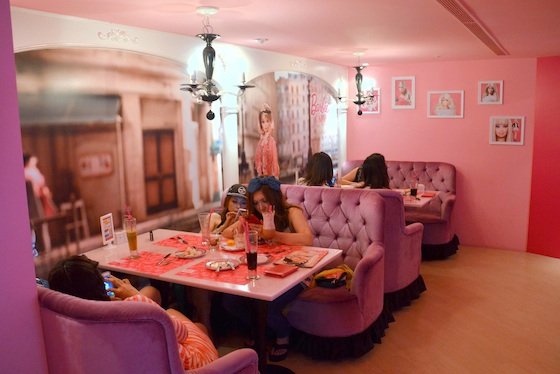 The menu too, is dripping with pink. And though Barbie’s anatomically impossible waistline might suggest she hasn’t been indulging herself on the selection of eye-catching pink-iced cakes, Barbie macarons or sticky sweet pink drinks served up by the lovely tutu and tiara clad wait staff, they’re certain to have her fans feeling a little peckish. 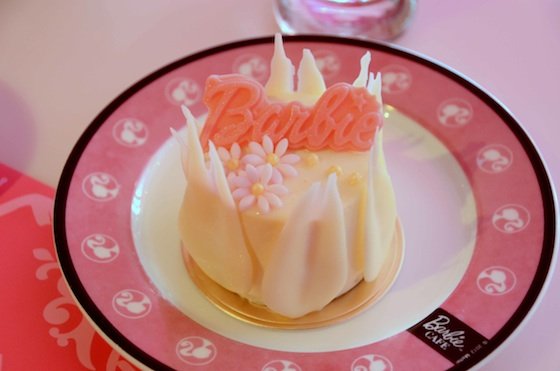 If too much pink is never enough, around the corner you’ll also find Hello Kitty Sweets, where the popular puss adorns everything from the pretty kitty cakes to the walls.

Novelty restaurants are all the rage in Taipei, so if the candy-hued glitz and glitter of the Barbie Café or Hello Kitty don’t float your family’s boat, don’t despair! You’ll also find a quirky Ninja Restaurant, the airplane themed A380 Restaurant and the infamous Modern Toilet – a nationwide restaurant chain where the seats are toilets, food is served in miniature toilet bowls and the chocolate soft-serve is shaped like, well…you know!
Probably not the best place to take your toilet training toddler but older families who enjoy a side of toilet-humour with their meal may get a giggle.

Call me cowardly but, though I’m not usually one to embrace the pink side, I’d rather eat from a nice sanitary fuschia plate in the company of my plastic pal Barbie than from a miniature urinal any day! 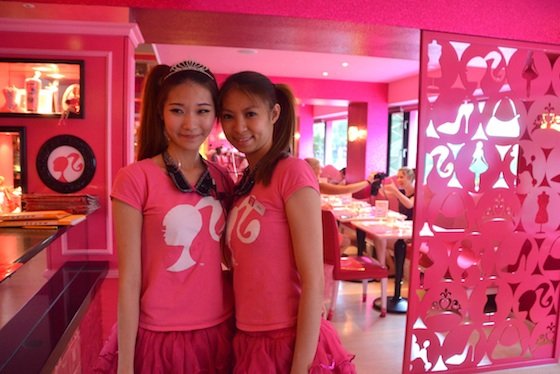 Out & About With Kids visited Taiwan as guests of Taiwan Tourism.

Travelling Europe by train with kids