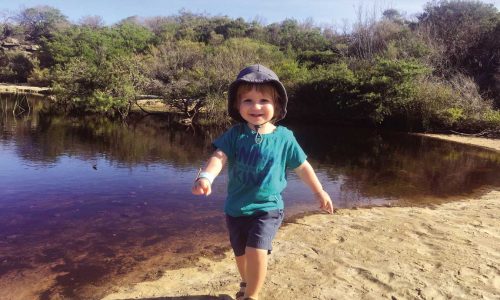 For all its inconveniences, the coronavirus pandemic gave families the chance to slow down and spend quality time together, ANGELA SAURINE writes

When I first heard the term Rushing Woman’s Syndrome, I could immediately relate. Coined by nutritional biochemist, Dr Libby Weaver, it describes the modern malaise of always being busy. The constant juggle of work, grocery shopping, housework, social commitments and getting children to and from day care or school, as well as sport and other extra-curricular activities, is something many of us struggle with. If there was one silver lining to the recent coronavirus-induced lockdown, it was the fact it gave us time. The rushing stopped. We were literally able to stop and smell the roses – and many other types of flowers in our case – and spend quality time with our closest family members, without the usual pressures of everyday life. Sure, at times it was hard. But I am confident we will look back at this unexpected period of our lives with fondness in the years, and decades, to come.

My two-year-old son Oliver and I are extremely lucky to live in a beautiful locale – Manly in NSW. Set on a peninsula, with Sydney Harbour on one side and the Pacific Ocean on the other, I was well aware that there were many worse places in the world to be forced by the government to self-isolate. The area is blessed with lovely walking tracks, parks, bushland, and beaches. While I thought I knew the area well, I soon realised there were so many more places to discover. With playgrounds closed, and exercise one of the few reasons we were permitted to leave home, I was determined to find different places for us to go, within walking distance, and abiding by the social distancing rules.

Some days I pushed Oliver on his scooter to North Harbour Reserve at Balgowlah, along the Manly to Spit Walk. Once there, we’d stop so he could climb on a rock and onto the winding branches of a big old tree, and have an afternoon snack. We’d kick a ball around for a while so he could burn off some energy, or meander along the creek and over mossy rocks to get up close to the waterfall at low tide. As we strolled along the path back, Oliver would point out boats on the horizon, and sometimes cruise ships and planes, which became less common by the day. We discovered another large park, surrounded by water on three sides, on the site of the old gasworks at Little Manly Point, and ventured up the hill to North Head Sanctuary, where we found swamps and World War II military fortifications. On weekdays, when it was less crowded, we’d follow the sun to Shelly Beach, pausing to watch water dragons, and a cormorant that can often be seen standing on a rock drying its outstretched wings. Sometimes, we’d walk to Manly Lagoon, where dogs splashed about in the shallows. On warm days, we’d explore the rock pools at Delwood Beach at Fairlight, looking for fish in the water, touching periwinkles and playing with seaweed. On the way home, we might stop to see a cockatoo perched on the railing of our building’s front balcony, and look for strawberries and tomatoes growing in the communal garden. It was the ultimate staycation.

It’s a shame, in a way, that it took a pandemic to make us more mindful. But I, for one, am grateful that the experience has given me a new, enlightened perspective, and I have vowed to incorporate some elements into our daily lives.