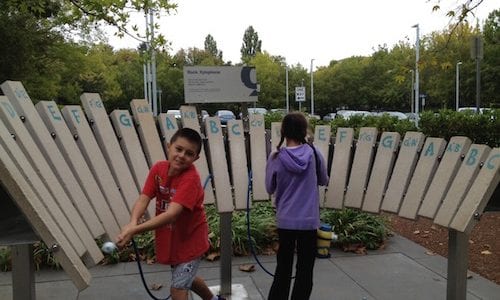 Discovering the wonders of Canberra for kids!

OAWK » Uncategorized » Discovering the wonders of Canberra for kids! 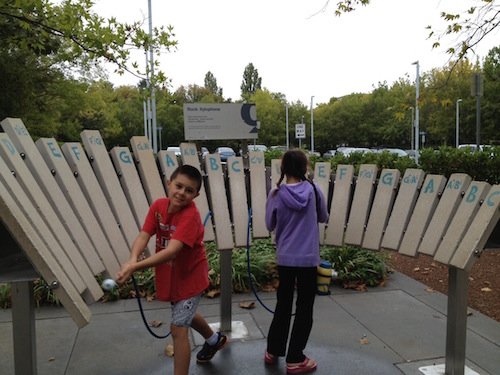 Join Nina Henderson and her family as they spend a weekend exploring the delights of Canberra and find it is full of things to see and do. In fact – they found so many wonderful activities to fill their long weekend, that this is just part one!

Three weeks before the holidays, my husband proudly announced he has four days off! Not wanting to waste this opportunity, we started thinking of holiday ideas and while it was too late for an overseas holiday, the idea of a short break road trip really appealed.

I hadn’t been to Canberra since a primary school trip and really just thought about it as the place you go past to get to the snow, or as our political hub. As it was the Easter long weekend, we were told it would take us double the travel time … so armed with two sleepy 8 year olds, we set off just before 7am on Good Friday. The great thing about leaving early is the kids tend to fall asleep or be still half asleep, so we didn’t get “are we there yet?” once. 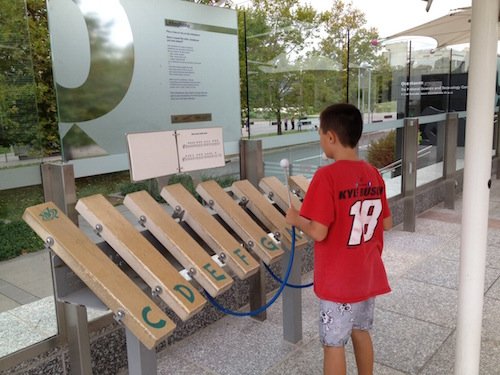 We arrived at around 10.30am and headed straight to Questacon, with no real idea of the treat in store for us! If you have kids, this place is a must see … even before entering the doors, the kids spent about thirty minutes in the forecourt playing with the stone xylophone and water fountain. It took much persuasion to drag them away! 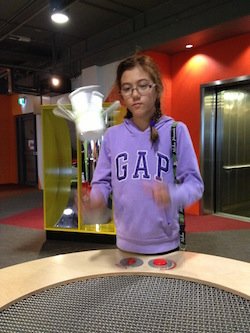 Then it’s onwards and upwards to eight galleries of displays and hands-on exhibits. It was a relief to go to an exhibition where you don’t have to tell the kids not to touch anything! The trick is to take the ramp all the way to the top – and there are plenty of things along the way to touch, see and learn! – and then slowly meander your way down the spiral ramp into each gallery. Perfect for the kids and those mums and dads with younger ones in prams.

There are three scheduled shows during the day and we managed to see two of them. The presenters were very entertaining and kept the kids enthralled through the full 30-minute talk, which was truly amazing!

There’s a Mini Q zone for the under 6s, which is designed especially for them and the budding scientist within. At peak times these sessions have to be booked, but it makes little ones feel special in their own area, all pint-sized and interest-appropriate.

One of the kids’ favourites was Excite Q – it’s like an amusement centre! There’s a free fall slide, an air hockey table and the kids can try to outwit the robot, but apparently no one has beaten it, so far… 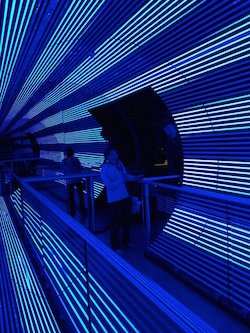 We spent the entire day at Questacon and by the end of the day we’d upgraded our entry to an annual pass so we could return, enjoy the Q club and explore a number of other associated museums. The next morning at breakfast I asked the kids to write the best thing about their first day in Canberra.

Jessica (8y) – The best thing was Questacon, there was lots of stuff, but one of my favourites was the drum. There was a rail and if you hold it, the drum will play your heartbeat. Another thing was tubes that you put colourful scarfs in – there was air flowing through them and they took the scarves all over the tubes and they come out somewhere like a surprise! There was also a robot. You must go there it’s so fun and there’s also a kids place with air hockey. I learned that dinosaurs are very, very big, also that a T-Rex is not the biggest dinosaur.

Aaron (8y) – My best thing yesterday was going to Questacon because it has lots of science things to have fun with, but the thing I liked best was the earthquakes. I made a building out of blocks and then there was an earthquake and it did not fall down. I learned that if a can is in hot water and you take it out of the water, all of the water will be squashed out the can.

Our plan for Saturday was to visit the Australian War Memorial, The Mint and Parliament House. My advice is to get the Memorial early, as it was very busy and parking was tricky. There are guided tours throughout the day run by volunteers that offer insights into the displays and stories of wartime. As it was a public holiday, all the guided tours were full and having two kids in tow limited our options. 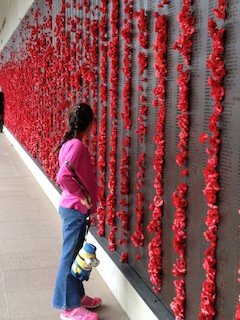 The War Memorial has definitely moved with the times since my Year 6 school excursion! The twins were intrigued by the First World War dioramas and loved the iPads that explained the specific scenes. Many of the exhibits use tablets, making the displays informative and interactive. As well as the guided tours, you can choose to take a self-tour (with head sets), so you have plenty of options to learn about our war history. We then visited the Second World War display, Aircraft Hall and Anzac Hall, where the kids saw airplanes, tanks and trucks. They also enjoyed the short movies at various places, where they learnt about the Kokoda trail, the tragedy of Sandakan and the sinking of the Eden.

A surprise find was the Discovery Zone, an area where the kids could climb, jump, explore a submarine, dress up as a soldier and fly a helicopter … it great to let them expend their energy, after being so good throughout the rest of the Memorial. The kids thought the Tomb of the Unknown Soldier was beautiful – they loved the stained glass windows and the ornate ceiling. With about 30 minutes to spare, we searched the Roll of Honour and the kids tried to count how many ‘Hendersons’ were there. The highlight of the day was the Last Post, where we learned the story behind one of the names on the roll.

Who would have thought two 8 year olds would have been so entertained at the Australian War Memorial? And in our first two days in Canberra, we had only managed two attractions! Stay tuned for part two of our adventure, where we discover dinosaurs, a miniature village, reptiles and more!

– Nina Henderson is mum to twins Aaron and Jessica, and spends her working day in the travel industry