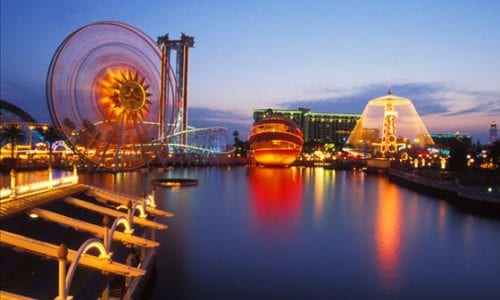 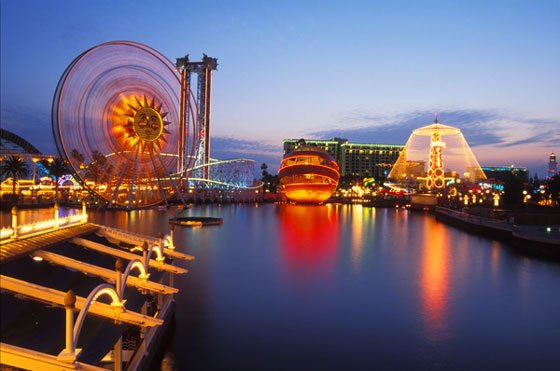 Rides of a Lifetime

Most family holidays to California include Disneyland on the agenda – it is almost compulsory where kids are concerned – and after all this time it hasn’t lost its appeal. Created in 1955 and the only Disneyland to be designed by the man himself, no detail has been forgotten. The queues might still long but there’s plenty to entertain you while you are waiting ― even the toilets are themed.

At Universal Studios this year, the star is once again King Kong, this time in a ride created by Oscar-winning New Zealand film maker and Lord of the Rings director Peter Jackson. King King 360 3D is a 3D attraction that has the world’s largest surround digital 3D projection system and takes you into a tangled jungle where you’re confronted by hungry raptors and 10-metre-tall dinosaurs.

Legoland now has the world’s first Lego-themed water park, where as well as shooting at high speed down their many waterslides, you can custom-build your own Lego raft ready to float down Build-a-Raft River. 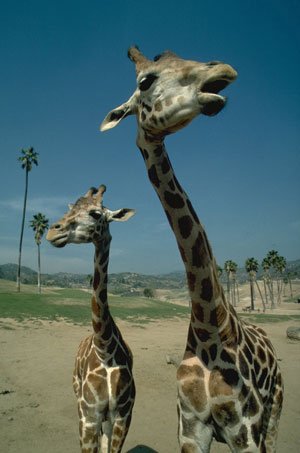 Down the road at San Diego Zoo you can explore the new Polar Bear Plunge exhibit and get to know what a polar bear’s life is like in the Arctic, as well as how to reduce your own carbon footprint to help preserve the polar ice caps these creatures depend upon for their survival. Keeping with that conservation theme, the Ecosystems exhibit at the California Science Centre is well worth a visit. Here you can experience a flash flood in the Extreme Zone and walk through a simulated ocean floor tunnel.

Further north in Sonoma Wine Country, Safari West is a wildlife preserve and tent camp that is home to over 80 species of African natives, and like a traditional safari, you are led on guided jeep tours, sleep in luxury tents, and wake to the sounds of wildlife all around you.

The Urban Safari tour in San Francisco really is a tour with a difference. Pith-helmeted, khaki-wearing guides take you in zebra striped open tour buses for a tour of San Francisco’s sights. They’ll show you hidden gems, murals, movie sights and entertain you along the way with trivia and sing-a-longs. 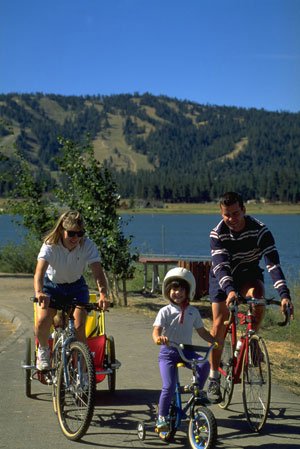 Back in the great outdoors, the world famous Yosemite National Park is full of family friendly activities including the amazing Yosemite High Sierra Camps. On these four to six-day guided hiking or horseriding treks you are free to go at your own pace without the hassle of carrying multiple days’ supply of food and water. At the camps you’re treated to dinner and breakfast and provided with a packed lunch for the next day. The scenery is enough to impress even a sulky teenager.

For a different kind of wilderness adventure, Fort Bragg’s Skunk Train will take you at a leisurely pace through the majestic North Coast redwoods. The train follows the coastal Redwood Route as it has done since 1885, when it was built to transport the massive redwood logs to the sawmills further south.

A visit to California wouldn’t be complete without experiencing the surf culture, which of course is so similar to our own here in Australia. California boasts more than 1700 kilometres of coastline so there’s no shortage of opportunities.

A good place to start is the California Surf Museum in Oceanside. Their Women On Waves (WOW) exhibition is a classic, covering 300 years of history, from Hawaiian queens, to Sixties icons like Gidget, to today’s women’s pro-surfing tour.

Down in the OC, Huntington Beach is a classic surf beach town where you can enjoy a bonfire on the beach, grab a bite to eat at Dwights (a local favourite since 1932) or visit the famous Sugar Shack. If your kids want to get out on the waves there are a number of surf schools including the Billabong-sponsored Salty Grom Surf Camp. The camps run from 8.30 am to 1.30 pm daily and you can stay and watch your little grommets compete in a mini surf contest.

California has been a dream destination for kids since I was little. Back then, it was all about movie stars, Disneyland and the Hard Rock Café. But most of all, it was all about fun and that hasn’t changed really – there’s just a whole lot more of it.