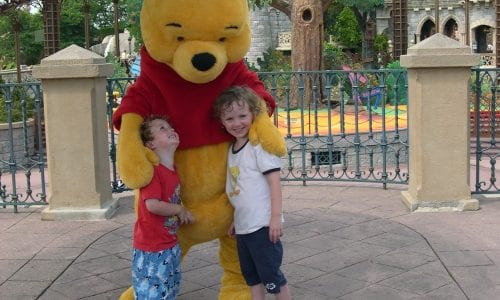 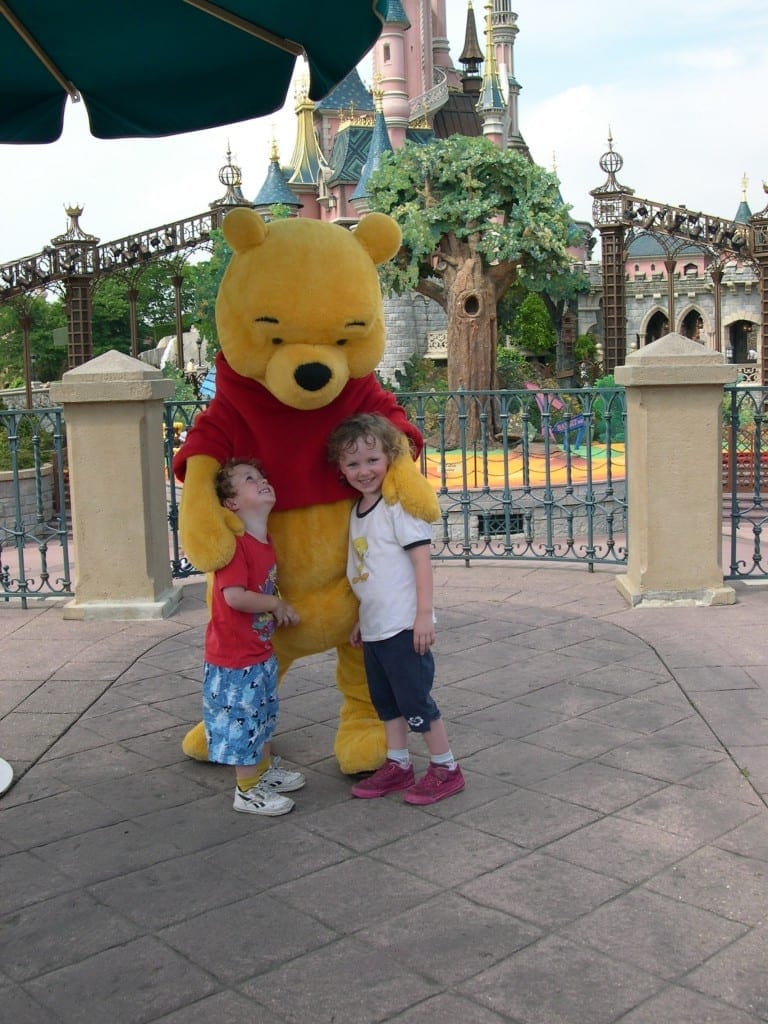 What child doesn’t dream of going to Disneyland? But when Disneyland is combined with the magic of Paris it has all the trappings of a family holiday made in heaven. Kathleen Barclay explores Disneyland with her family.

For our two kids – die hard Disney believers – Disneyland Paris was like a dream come true. Although it’s an easy 35-minute commute from Central Paris to Paris Disneyland, the full Disney experience was on our agenda so we opted for a two-night stay at one of the Disney hotels. Being at the tail end of a four-week European holiday, we were keeping a close eye on the budget but, in a Disney hotel, being on a budget doesn’t mean economising on fun.

The Hotel Cheyenne has a Wild West theme. With bunk beds, a horseshoe on the door and a lamp in the shape of a boot, there were no complaints at bed time. Breakfast was at the Chuck Wagon Cafe where the option of a western buffet breakfast was a definite plus for the kids, as was the very real possibility of breakfasting with Minnie, Pluto or Goofy.

At Disneyland’s Discoveryland the Buzz Lightyear Lazer Blast was an absolute blast and the kids couldn’t get enough of Autopia and its retro space age driving track. But with a two and four-year-old in tow this was where the intergalactic adventures ended for us (for this time) as Space Mountain and Star Tours are designed for older kids. And at Adventureland it was straight past (despite my deep admiration for Johnny Depp) the Pirates of the Caribbean ride, in favour of the Pirates Beach playground.

The highlight of the day for my nearly three-year-old son was meeting Winnie the Pooh. Even having to stand in a queue in the hot sun for 40 minutes didn’t dim his enthusiasm. For my four year old daughter, it was meeting her favourite Disney princess. Despite being mobbed by a crowd of young people, the Disney characters and their minders have their eye on the big picture, and no small child will miss out. Sleeping Beauty noticed my daughter desperately trying to get her attention, and even posed patiently while I had trouble with the camera.

On to Fantasyland and perhaps the most iconic Disney attraction of all – It’s a Small World. Having a fabulous time in Disneyland is a given, but visiting in July in the peak of the European summer was always going to mean long queues and hot weather. It’s a Small World was the perfect cure. The catchy music, soothing boat ride over cool waters and fantastic vistas from all around the world made it a firm favorite. Although the queue was long, we had three turns around the world before the kids were done.

The other big attraction was Sleeping Beauty Castle. The climb up the stone steps into the castle is an adventure in itself.

Best of all, beneath the castle lies a restless sleeping dragon who when woken breathes fire! Another hit was the Mad Hatters Tea Cup ride ― our kids loved twirling and whirling around. Perhaps the most memorable ride for the children was a thrilling flight on Dumbo’s back that also gave a great view of Disneyland Park.

After a long day at Disneyland, it was time for dinner in the Disney Village: a complex of bars, restaurants and cinemas offering a slice of North America in the heart of Europe And a great spot to grab a burger and fries (after weeks of typical French fare this was a dream come true for the kids).

Disneyland Paris isn’t just for the littlies, in fact it’s something of a teen dream. Teenagers will love the thrills and spills of twisty Space Mountain or Indiana Jones and the Temple of Peril’s stomach-turning rollercoaster. And at Walt Disney Studios, the second park in the Disneyland Paris experience, teens are likely to find themselves amongst ‘kidults’ twice their age on the Rock ’n’ Rollercoaster or screaming themselves silly on the Twilight Zone Tower of Terror.

Once you enter the Disney precinct (hotels, village, parks and studio) there is no reason to leave. Nevertheless, the one advantage Disneyland Paris has over all the other Disneylands is its location: Paris in the summer (or spring, autumn or winter, for that matter), is hard to beat!

1. To think you will see all of Disneyland Paris in a day is a far too ambitious – we’d recommend a two or three-day pass.

2. If you go in the peak of the European summer (as we did), the lengthy queues will hold up your day but if you go prepared, start early, and have reasonable expectations, there is ample time to experience all the attractions.

3. Queues or not, get your planning right and you will have a fantastic time.